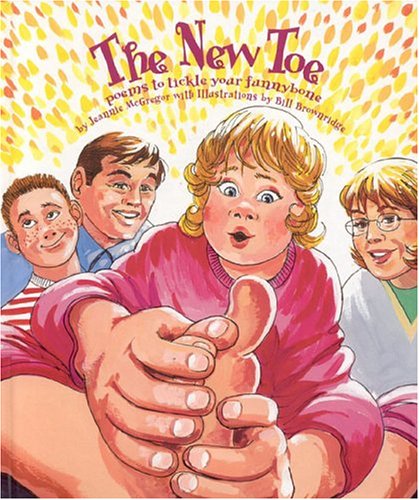 Back in August 2020, I did an Award Winning Wednesday and introduced you to The Lonely Meatball by A.J. McGregor. I really have enjoyed her blog, even though she’s had to cut back on the time she spends doing it. There’s something about children’s poetry that really speaks to children of all ages when it’s done right. I had been following her blog for quite some time when I decided to look her book up on the Internet. Abebooks.com is the place I use for searches like that. In fact, will be doing a separate entry about them in a little while because I am considering becoming an affiliate with them. That’s not today’s story, though. Today’s story is about a book and a blog and a nice person.

I discovered her blog by serendipity. One of the ways I discover new blogs is by reading the comments on blogs I follow. Sometimes I will click on the suggestions in the reader that are under posts I have just finished. I’m not sure of the happy accident that led me to it.

I’m not really a reviewer or anything and I’m almost never a reblogger but I just had the idea that people should know about her blog because it is a nice little get-away from anything harsh or political or too crazy. A couple of minutes with a kids’ poem that brings a smile to your face, often because you can identify with it or remember doing or feeling something similar. Like this(I have permission directly from the author to reprint any I wish):

One of the things I like about her stuff is that it often recalls memories for me. Attached to the barn on the side facing away from the house and out of view, was a small shed which we, as young boys oft are wont to do, figured out a way to climb up on it. I don’t know how high it was, really. A little higher than the outhouse, which we had already climbed and jumped off. Getting on the shed roof we then proceeded, through a series of dares and double-dog dares and solemn oaths, to jump off. Fortunately, no injuries were incurred although our legs were sore for a while after. (When I’ve told this story to people before it seems like they always think I am saying we jumped off the barn, which we did not and I never claimed.) Anyway, the boy in this poem, jumping off the fence, invoked this memory.

Another favorite from the book (there are eighteen in all) which I think you will agree is pretty much about human nature in a nutshell, called Pigs:

Another one, which is in both the book and on the blog is called That Word. It’s just funny and, you know, it could happen that way…

There are far too many to choose from but if you go to her site and add /?random on the end (A trick I learned from Pendantry and which, as far as I can tell, only works on WordPress blogs), i.e., https://thelonelymeatball.ca/?random you can find a lot of fun ones.

But the last one I have picked is one that made me smile because at the end it said, “This poem was inspired by a post written by Herb Thiel on his terrific blog, “The Haps With Herb”, as well as by Herb’s black cowboy hat.” It’s called I Want To Be a Cowboy

She couldn’t remember which post inspired it at the time but I wonder if it wasn’t one where I posted Gene Autry’s Cowboy Ten Commandments:

27 thoughts on “The New Toe – A Review Sort Of Thingy”