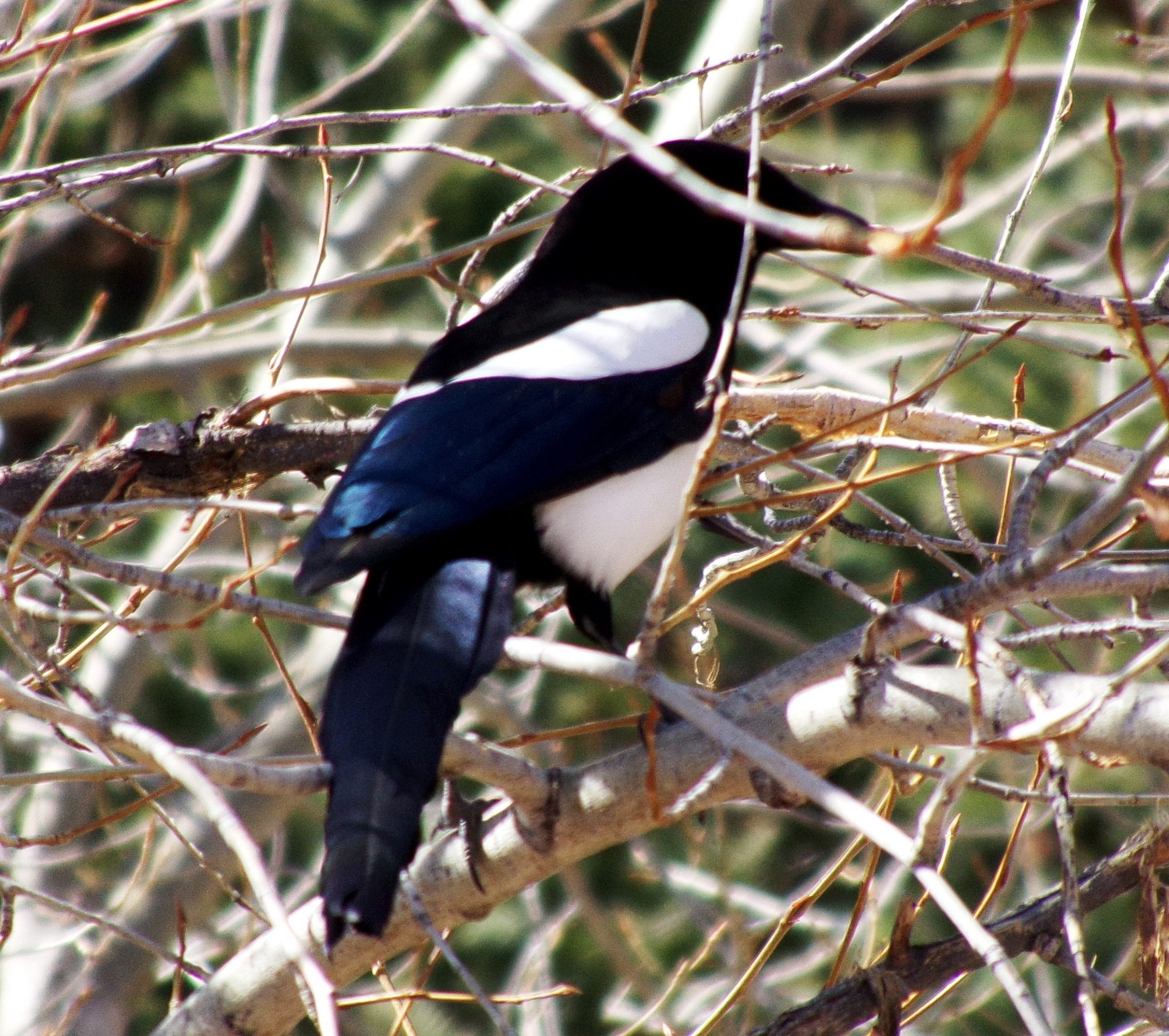 (I’m calling it a Throwback Thursday because this first part happened a few years ago and I couldn’t find where I had ever posted about it.)

I like having birds in my yard. Birds are cool and among other things, they eat bugs. I like having the bird feeders in the window and watching them. A lot of sparrows and finches and occasionally other little birds that are more delicate looking and a little harder to identify, not to mention the hummingbirds. Birds are, generally speaking, pretty smart. I couldn’t find where I had ever posted about it but a few years ago I had a Camp-Robber Jay get into the house by a door I had left open.

After that, he would stop by and visit outside the patio and squawk a bit when I was outside and when I’d greet him he would make a final squawk and fly away. It was cool. It was only just recently that I learned that jays are in the same family as magpies, crows, and ravens which are one of the smartest, if not the smartest, families of. birds. Did you know that one of the collective nouns for jays is a party?

When we first moved here years ago, we saw this beautifully colored bird and only discovered later that they were scavengers:

A flock of magpies is called a parliament. Many of us have heard that a flock of crows is called a murder. I found out that one of the reasons for this is that if there is one that is sick or doesn’t belong to that flock, the others will kill it. Even though ravens and crows look similar, they are very different and don’t get along. Ravens can be four times as big as crows and their beaks are larger. Their tail-feathers also look different when flying as well as the sounds they make. Ravens seldom flock and usually only go by one or two. On the occasion they do flock, it is an unkindness of ravens.

This morning my daughter said, “There’s a crow building a nest in that tree back there.” Sure enough, that was going on. Well, this seemed okay to me, but then I started to think about it. Jays, magpies, crows, and ravens are all members of the scientific taxonomy, Corvidae. I realize now that I am going to have to go out and count how many of each of these there are. I’ll sit there and count, but I’m not letting their total number go over a dozen-and-a-half. I may have to count out loud, “Corvid 1, corvid 2, corvid 3, etc.” But there’s no way I want to have corvid 19.