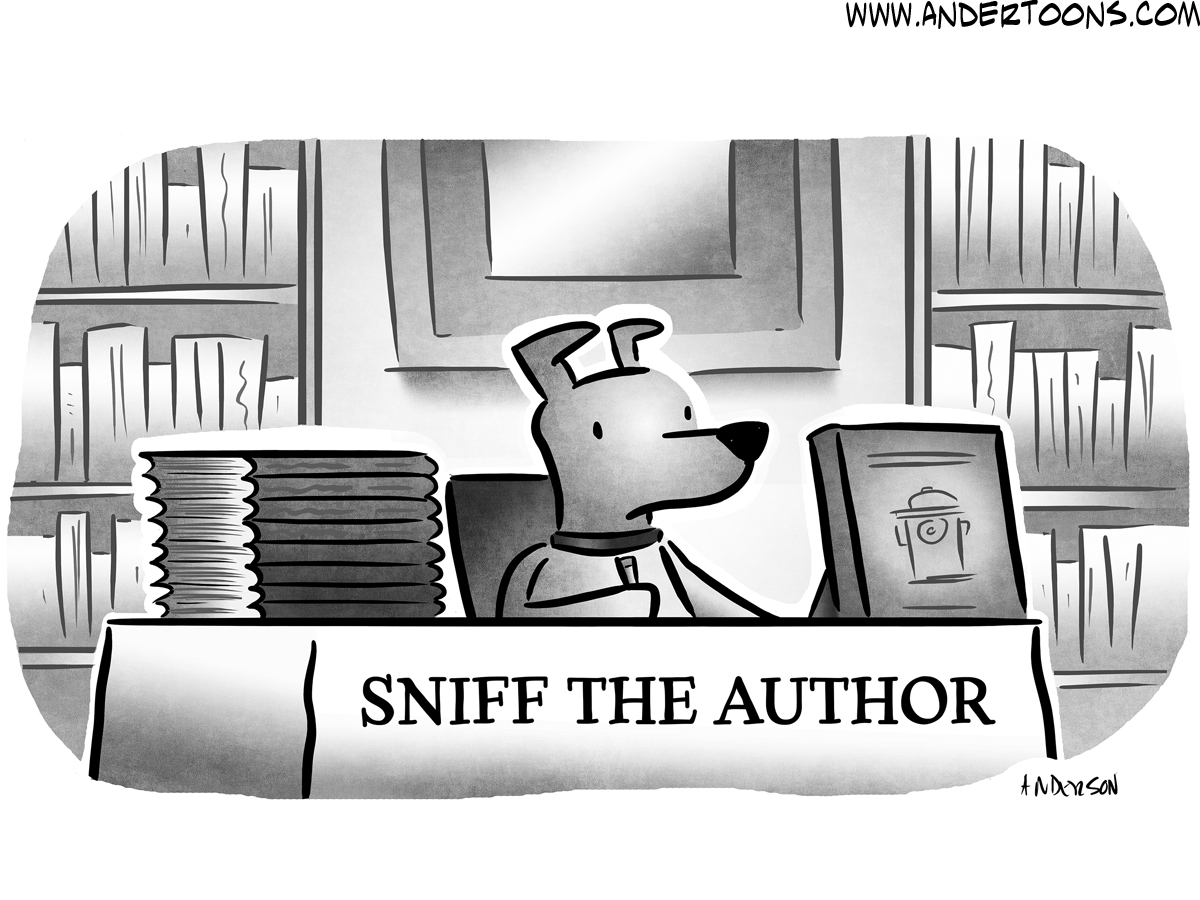 A butcher is working, and really busy. He notices a dog in his shop and shoos him away. Later, he notices the dog is back again. He walks over to the dog, and notices it has a note in its mouth. The butcher takes the note, and it reads, “Can I have 12 sausages and a leg of lamb, please.”

The butcher is very impressed, and since it’s closing time, he decides to close up shop and follow the dog.

So, off he goes. The dog is walking down the street and comes to a crossing. The dog puts down the bag, jumps up and presses the crossing button. Then he waits patiently, bag in mouth, for the lights to change. They do, and he walks across the road, with the butcher following. The dog then comes to a bus stop and starts looking at the timetable. The butcher is in awe at this stage. The dog checks out the times and sits on one of the seats to wait for the bus. Along comes a bus. The dog walks to the front of the bus, looks at the number, and goes back to his seat. Another bus comes. Again the dog goes and looks at the number, notices it’s the right bus and climbs on. The butcher, by now open-mouthed, follows him onto the bus. The bus travels through town and out to the suburbs. Eventually, the dog gets up, moves to the front of the bus, and standing on his hind legs, pushes the button to stop the bus. The dog gets off, groceries still in his mouth, and the butcher still following. They walk down the road, and the dog approaches a house. He walks up the path and drops the groceries on the step. Then he walks back down the path, takes a big run, and throws himself -whap!- against the door. He goes back down the path, takes another run, and throws himself -whap!- against the door again!

There’s no answer at the door, so the dog goes back down the path, jumps up on a narrow wall, and walks along the perimeter of the garden. He gets to a window and bangs his head against it several times. He walks back, jumps off the wall, and waits at the door. The butcher watches as a big guy opens the door, and starts laying into the dog, really yelling at him.

The butcher runs up and stops the guy. “What are you doing? This dog is a genius. He could be on TV!”

To which the guy responds, “Clever, my foot! This is the second time this week he’s forgotten his key!”