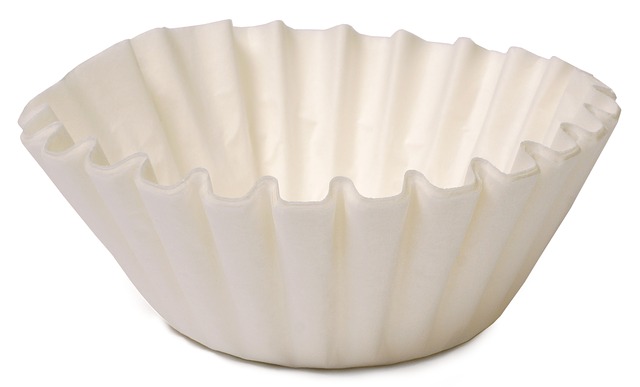 Someone mentioned in a comment not too long ago that I must have very different filters from them. I would be surprised if I didn’t. Here’s where some of them come from.

Thirty-four years ago we got rid of four televisions, one brand new VCR, dumped every drop of alcohol down the toilet, and threw away our Camel cigarettes.

Last century, we began raising our four children in the fear and admonition of the Lord without the influence of TV or its second cousin, video. We never went (still don’t) go to the movies, so the influence of Hollyweird was not present. We didn’t just prevent our kids from it but we lived, happily, without it ourselves. That was the last century. This century as they grew up we continued that and we also deleted all social media accounts. We don’t follow, listen to, or watch so-called social media influencers. Friends and family who want to stay in touch have our email addresses and phone numbers. When our two oldest were very little and our two youngest had not been born yet, we decided that the influences we wanted for our children and any grandchildren to come were our Bishop and Pastor and the men they put into our pulpit, not some sports or music or television/Hollyweird idol(s) living godless, reckless, hedonistic lives. We wanted them to know the Word of God and how to please Him.

Almost invariably the first thing that happens when I have this conversation with someone and tell them this, is a loud gasp. In fact, I think I heard several just now.

The most frequent interrogation line of questioning I receive goes something like, “How can you do that? You don’t have a TV at all‽‽” (N.B. This is an excellent example of where the use of an interrobang could come into play.) “What do you do‽” “What do/did your kids do‽ Isn’t that child abuse‽” (Real question)

My kids all learned to read pretty quickly and how to use a library card, for one thing. It was nothing for us to get on and off the bus with a hundred or more books. “Do they really read all of those books?” “They don’t have a TV.” “Ohhh…” And we would read them together. A drop in the bucket of the things we discovered was that Frog and Toad are friends and we knew where the wild things are. We knew Mr. McGregor would never return Peter’s brand new coat. Oh, bother! I forgot to mention all the adventures of Christopher Robin and Winnie the Pooh. I don’t remember how hard we laughed when we discovered that if a boy hides butter under his hat on a hot day it will melt and your aunt will think your brains are melting out of your head. Charlie Bucket and Grandpa Joe…If I get old I hope to grow up to be like Grandpa Joe. Unless I can be like Grandpa Nick in the One Big Happy comic strip. Oh yes, there were many comics and books full of comics to be had as well. We also learned about Hank the Cowdog, Head of Ranch Security, and his sidekick, Drover, who has a bad leg whenever there’s trouble.

We went to plays like Fiddler on the Roof, Scrooge, Oliver, and Oklahoma. We listened to a wide variety of Old Time Radio shows, although there were several of those we dropped.

We read the Bible as a family and talked about what we had read. We went to church and not only heard preaching but got to know and know about the men who stood in our pulpit and how to willingly submit to authority. Like the Bob Dylan song said, “You’re Gonna Have To Serve Somebody.” It’s best when you can make the choice. Preachers get a bad rap sometimes because a few, a very small percentage, are the ones who hit the news and not the good, honest, sincere, hard-working ones who don’t want their praises sung.

So, my filters don’t come through Hollyweird, Mad Ave, the Entertainment Industry, or the Leftist media. I have read the Bible through, cover to cover, a number of times and try to draw my judgment and inspiration from there. When it comes to news I use newspapers, radio, and multiple other sources but my filter is the Bible. It’s always interesting to me to see the twists and spins that various sites will put on their stories but I have also discovered that if you read the same story from multiple sources you can find little angles and nuances that you won’t find in a nine-second soundbite. Such soundbites are useful only if you go and look up the rest of the context of what is said. You also can’t trust only the Google and Yahoo for unbiased search results. They may or may not give you a good jumping-off point but it will be from the Left’s point-of-view most frequently.

An Experiment For Those Who Believe In The Ten Commandments:

This is really just an exercise for people who watch TV and try to obey the Commandments.
First, a short list of the commandments:

Then consider this scripture:

And even as they did not like to retain God in their knowledge, God gave them over to a reprobate mind, to do those things which are not convenient; Being filled with all unrighteousness, fornication, wickedness, covetousness, maliciousness; full of envy, murder, debate, deceit, malignity; whisperers, Backbiters, haters of God, despiteful, proud, boasters, inventors of evil things, disobedient to parents, Without understanding, covenantbreakers, without natural affection, implacable, unmerciful: Who knowing the judgment of God, that they which commit such things are worthy of death, not only do the same, but have pleasure in them that do them.

Taking pleasure in them that do them says to me you enjoy seeing these things happening and going on, even if they come from someone’s wicked imagination or if you can imagine yourself doing these things.

One more scripture and then my challenge.

These six things doth the LORD hate: yea, seven are an abomination unto him: A proud look, a lying tongue, and hands that shed innocent blood, An heart that deviseth wicked imaginations, feet that be swift in running to mischief, A false witness that speaketh lies, and he that soweth discord among brethren.

My Simple Challenge To You:

Take a notepad and write the commandments and any other scriptures you want on it. Put it where you have it handy anytime you are watching TV over the next few days or a week or however long you choose to do it. Make a checkmark (for my friends elsewhere, a tick mark) next to each commandment that is broken during your show. Blog about it if you want to, I’d like to see a link to it, but that’s not part of the challenge. The whole point is to make you think about what you are putting into your mind. Garbage in, garbage out.

"The creative adult is the child who has survived." - Ursula K. Le Guin