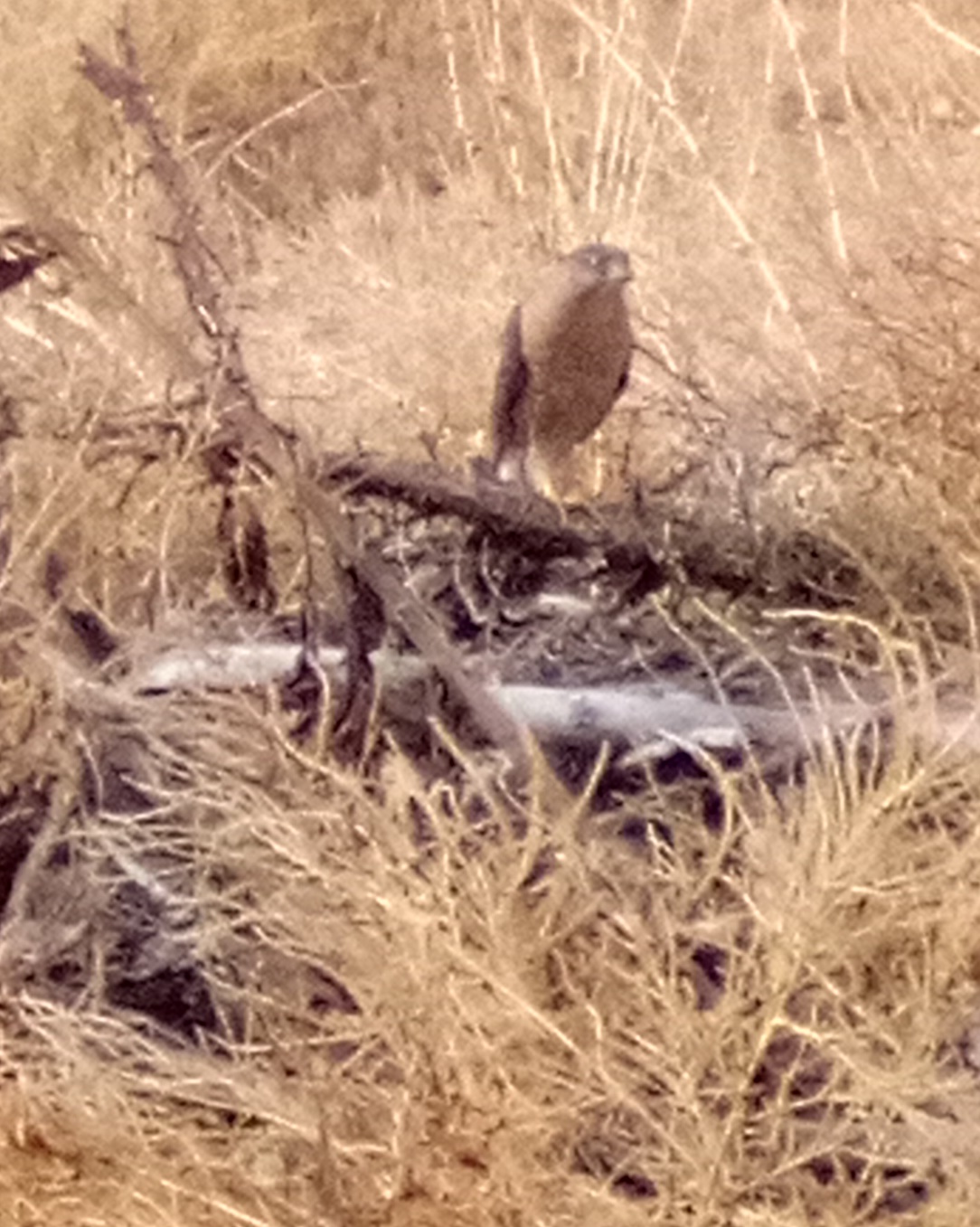 I never have the camera (the better one that is a camera for taking pictures, not a phone) when I really need it. There is a small woodpile in the backyard and when I looked out the window there was a smallish bird of prey sitting on it and staring intently into it. It was kind of a greyish brown on top and orange underneath and had a sharp curved beak and long, menacing talons. I’m guessing it was a sparrowhawk because it wasn’t real colorful like a kestrel but I don’t know birds very well even though I like having them around and I have always been impressed by birds of prey.

Anyway, he was sitting on the woodpile, his back the same color as the dried branches, when he actually went into an opening in the pile and disappeared for a few seconds and then popped out with something in its talons and flew off. I wish I could have gotten a better picture but it was with my phone through the window. It was still really neat to see. We have a lot of sparrows and chickadees year-round and finches and others in the summer so there would be plenty of food for a sparrowhawk and the kids have seen a “bigger bird fly down and grab a smaller one and kill it,” so I don’t know.

The sparrows nest in a large bush near where the woodpile is and frequent the feeder all day long. Except for today there was nobody around.