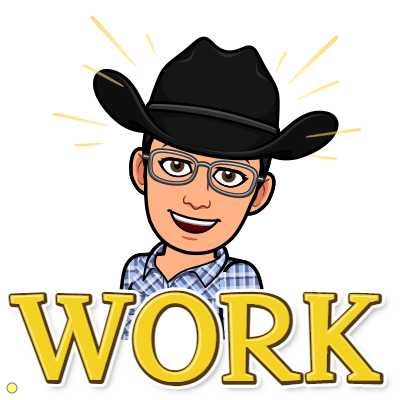 Greetings, Salutations, Hello There, Hearty Handshakes and/or Fistbumps(according to your personal preferences), and Hi Guys!

I apologize for not getting around to your blogs in a timely manner but a lot went on this weekend. Mrs. Herb was in the E.R. with what we were sure was a gallbladder attack but turned out to be something else which was still painful, then Daughter had a Sunday School lesson about Peter walking on the water that I helped her prepare for, proofreading papers, and just a whole lot of life in general. I plan to go around and try to catch up on the back issues as much as I can.

Part of life is, as anyone who has been around the thing for any length of time can attest, change. I am changing employers. I am leaving (have left as of this post) the Big Blue Box’s Big Brother and going (have gone) back to the office supply store that is not Staples. I apologize if these references to American retailers escape you but as you know I don’t really discuss work too much other than in a generic sense even though I have talked about it here in the past. No, I’ve never worked for the Big Red Bullseye but my experiences there as a customer have always left much to be desired so I’ve never applied there, much to the dismay and chagrin of the haters of the blue.

A relatively short time ago I was sanitizing shopping carts and greeting incoming members when one of the folks I greeted turned out to be a manager from the office shop and her husband. Well, wasn’t a manager at the time but is now.

“Herb! What are you doing here‽‽”
“Wiping down carts and asking people for their membership.”
“Do you like it?”
“What’s to like or not like? I spray disinfectant on carts and hand them to people.”
“Sounds boring.”
“It is.”
“Why don’t you come back and work for me? I’m needing a logistics person and you could pick up right where you left off. I would hire you as soon as you applied.”
“Well, that’s really generous and kind but So-And-So really made things bad for me and if she’s still there I can’t see how anything would change much. She had the power. Or thought she did.”
“Didn’t you hear? She’s gone!” Actually, I had heard but never considered what it might mean. “Not only is she gone, but This One left and That One Left and the Other One is gone, too. I really need another experienced logistics person and you’re it if you want it.”
“I’ll come to talk to you tomorrow morning.”

And so, for a dollar an hour more than I had been making there before or at Big Blue, I am back. I’ve always enjoyed the logistical side, inventory control, bean-counting, troubleshooting kinds of things, and this job, which I hated leaving but was forced to, is not as straining physically, either. So, I’m going back to a job I enjoyed (I don’t really mind retail) for more money. Now, I may not be the sharpest knife in the drawer but I don’t eat Pringle’s with a fork, either.

So, it boiled down to a choice between:

I’m feeling pretty good about this one. I think I was blessed and am very thankful for it.

57 thoughts on “Mudgeonly Monday: Ch-Ch-Ch-Ch-Changes – But Not Changes In Latitude”