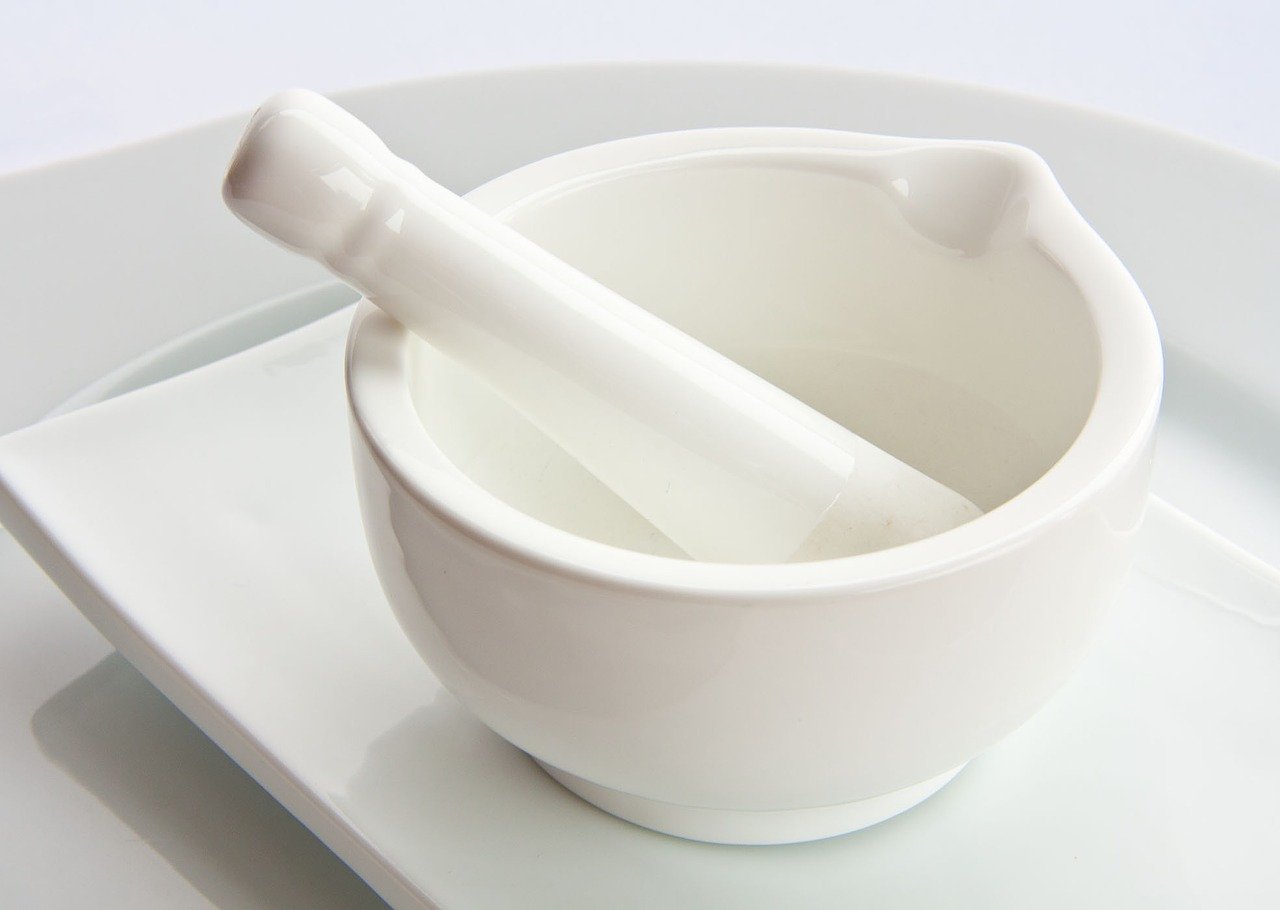 When I got that first job at the drugstore back in 1974 (see the entry “Changed”), I learned a lot. I don’t know how much I knew I was learning at the time, but I think back and a few things stand out.

I learned:
If you get out of bed early on Saturday morning and go to work, you can make money.
Working hard helps make you more money.
More money means more Tombstone Pizzas and Coca-Colas and comic books and sci-fi books, especially if your family can’t afford to buy you these things whenever you want them. “Herbert, my son,” said my father, “We can barely afford to live, let alone have pizza and soda pop. If you want all that stuff you’ll have to get a job.”

I also learned:
If you don’t sweep and mop in the corners every Saturday, nobody will notice.
If you never sweep and mop in the corners, they will.
Always rotate stock. Put the older stuff toward the front, even if it means taking everything off the shelf.
While you have everything off the shelf, clean the shelf.
Respect everybody; you never know when the scruffy old guy in the beat-up fishing hat is your boss’s grandfather.
Or the mayor.
Prophylactic devices are behind the register, in the third drawer on the right and you shouldn’t shout across the store, “Hey Keith! Where do we keep the, what was it, prophylactic devices?” Back then such things were not on display in stores and about the only place you could buy them was by asking at the drugstore. Believe it or not, I didn’t have a clue what they were or what they were for. Until Keith told me, “You know some people get embarrassed when you talk about things like that, especially across the store.” “What?” “Rubbers.” “Oh.”

But really, one of the most interesting things about the job was watching him work the art of the apothecary. They don’t do this much nowadays in drugstores and pharmacies, but back then it was more common. Here in the Springs there is a small chain that does it but it’s expensive and most insurance won’t pay unless you can prove a valid medical reason. Old folks especially, who remembered Keith’s grandfather, would come into town from all over the county and ask for concoctions that had been made at that counter since the store opened. A little old gal would come in and ask for an arthritis cream that Keith’s father or uncle used to make for her.
Keith had been a sailor at one time and could be a little gruff, a Camel “straight” cigarette dangling from his lower lip all the time while he was working or talking, but he always had respect for the old folks that came in. I think all of the merchants in our town did because in a small farming community it is the plain ol’ folks that started your business and kept it in business. Even though the town was a tourist trap even back then, the locals were always respected.

I should say he used to have a Camel cigarette dangling from his lower lip, but we’re getting to that.

Anyway, he felt, even in 1974, that the world was losing an art by losing the old-fashioned apothecary and that he should try to keep these traditions going as long as he could. He also knew there was a very tidy profit in it as well, extra work or not, and two more things I learned from that job is that, besides a desire to provide a service to the community, people go into business to make money and it pays to be an informed buyer. He never, ever cheated or skimped on a prescription or a concoction, however, using only the best, most expensive ingredients and passing the cost on.

So these little old gals would come in and he would put aside the gruffness and get out a sheet of special waxed paper and put a glop of cream on it. In a locked drawer behind the prescription counter was a small, leather-bound black journal filled with scrawlings made in Latin and written in fading fountain-pen ink. He would let me page through it, even though I couldn’t make sense of it (or maybe because I couldn’t make sense of it) because he saw the fondness and reverence I had toward the artifact. I love old books and things of that sort, always have. He would take ingredients down from various brown bottles and grind them in a mortar and pestle, then mix them into the base cream and have me fetch the appropriate jar to put it in. Then he would call the customer, who swore by the stuff.

I also learned that there were drug abusers in the world. We used to be able to sell cough syrup that contained codeine over the counter, but Keith had a system he used that he had learned from his uncle and father. I don’t recall if it was a law or not. If someone wanted to buy some cough medicine, I could recommend any kind but “the good stuff,” which was kept on a shelf in the backroom, out of plain sight and only available to customers that asked for it who were known people to either Keith or Paul (his uncle that worked with us in busy seasons) who were the only ones allowed to sell it. If the person wasn’t known to them but looked like they were probably okay, (I didn’t know all the signs of a drug abuser or “dope” then) he would make them sign and date a logbook they kept. I remember one time a guy had come in and bought a bottle of wine and wanted to buy some “good” cough medicine. Keith just told him we didn’t have any. “I know you guys have. You all have it. I really, really want some.” “Sorry pal. I also have the number to the Police (there was no “911” and all we had were rotary dial phones that were attached to the wall.) Department, too.” The guy practically flew out the door, and Keith explained that the guy would drink the bottle of wine and the bottle of cough syrup together and get stoned. I was shocked. The idea of taking more than the proper dose of a medicine just boggled my poor, sheltered little brain.

Keith could make his own cough syrups, too. They were very expensive and used strange ingredients I had never heard of as well as copious amounts of pure alcohol and codeine and flavorings. These recipes also came from his little book and as I said, had a high cost attached to them.

One day, after Keith had me fetch the ingredients for a large bottle of one of his cough medicines, he went to work, trademark Camel dangling from his lip. I had walked away while he was very carefully measuring an exact amount of this, and exactly so much of this other and I was waiting on a customer when throughout the store rang the loudest, most profane string of curse-words I had ever heard. And many I had never heard. The customer left as I ran toward the back, picturing my boss lying in a pool of blood and me having to look up the ambulance number, but it was nothing like that.

There he stood cursing and swearing, sans cigarette. I saw the butt of the cigarette snuffed out in one of the measuring test tubes he used. The ash from the cigarette had fallen from it right into the almost finished product. My laughter did not lighten his mood any and there were many colorful, descriptive terms for physically impossible things that came out of his mouth. I was sent to work the rest of the day cleaning a disused storeroom in an unfinished part of the basement, affectionately known as The Dungeon. “Go clean the blankety-blank, double-expletive deleted, blankity-blank-blank-blank dungeon! There’s nothing funny about this blankity-blank-blank-blank it anyway.” I had never, ever seen him that mad or red in the face. I was afraid he was going to kill me or worse yet, fire me right then and there and bye-bye pizza and Coke. Cleaning the dungeon was worse than getting killed, but I still had my job. By Monday he was laughing and joking about it himself.

So I learned another thing from that job. I know some might take me to task for saying this, but the way he strung those words together was almost artistic, eloquent, and even poetic or beautiful. Not just the one word that is now common everywhere, especially certain types of sounds erroneously referred to as music by some, but a string that never reused a word, loud and long. This may be very bad to say (and it has been a very long time since I have done this myself and emulated his speech) but his alliterations were where they should be with a flowing rhythm. He was not repetitive or redundant and if you are not living as a Christian you would almost have to be envious of his broad vocabulary.

Yes, there was one more thing I learned from that first job, I learned to cuss like a sailor!

12 thoughts on “The Art Of The Apothecary”