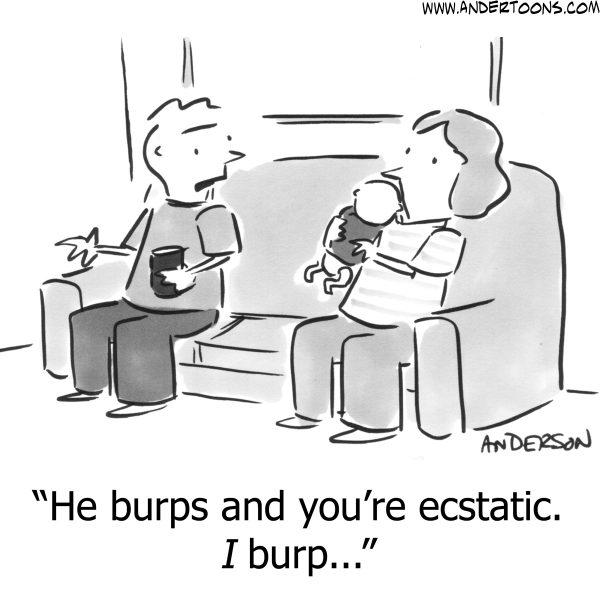 I was looking at the notifications that go out when I post something and can see a potential issue with the reposts. It seems it could be easy to confuse some of the old posts with new posts if a person just clicks the link and reads, so I will start modifying the old posts by putting the date in the body of the text before anything else. I hope that will prevent confusion in the future. I like it that people want to read some of the old stuff and I definitely want to recapture as much as I can here, even though some entries are hopelessly lost forever. Anyway, I hope it helps clarify things.

You know, nowadays fathers are expected to take an active part in the birthing of babies, but it was not always so. There was a time when fathers had to wait in waiting rooms for someone to come and make an announcement to them. Well, one time, four expectant fathers were in the hospital waiting room, while their wives were in labor.

The nurse came in and told the first man, “Congratulations! You’re the father of twins!”

“What a coincidence!” the man exclaimed. “I work for the Twin Star Enterprise!”

The nurse returns a short while later and tells the second man, “You are the father of triplets!”

“Wow, what a coincidence!” he replies. “I work for the 3M Corporation!”

When the nurse comes again, she tells the third man that his wife has given birth to quadruplets.

“Another coincidence! I work for the Four Seasons Hotel!”

At this point, the fourth guy faints. When he comes to, the others ask, “What’s wrong?”

2 thoughts on “An Issue With The Old Stuff”