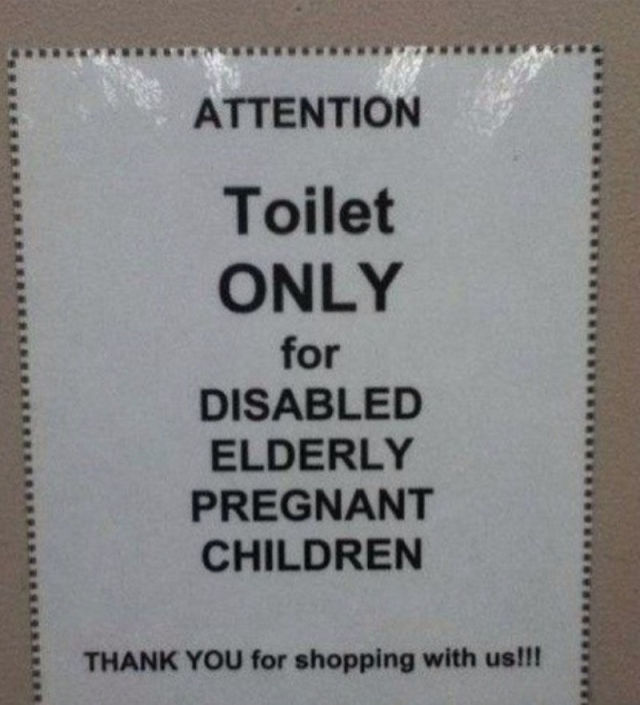 Of all the punctuation marks, the comma has the most rules and really, I’m not sure if I’m qualified to talk about them all. A lot of times I just go by instinct and whatever sounds right to my ear at the time. Generally speaking (And I cringe in fear as I write this, being well aware that at least one of my friends, a regular visitor here, is, in fact, an English major.), a comma is a pause, whereas a period is, as the British say, a full stop. One space goes behind a comma and two spaces behind a period, exclamation point, question mark, and the much-maligned interrobang.  An Interrobang is a  very informal, pretty much unrecognized by any scholarly person, combination of an exclamation point superimposed over a question mark. But then again, why shouldn’t I use it‽

There are many, many, many examples of the usefulness of commas floating around the Internet. Things like, “Let’s eat, grandpa” versus “Let’s eat grandpa.” Or “This book is dedicated to my parents, Ayn Rand and God…” One that cracked me up the most was the magazine headline that said, “Rachel Ray finds inspiration in cooking her family and her dog.”

There was one rule I learned in my youth that I’ve never forgotten and that is that you use the comma to separate items in a list. Apples, oranges, bananas and stinkfruit. Okay, I made that last one up, can you tell? But did you notice that after the word “bananas” and before the word “and”, there was no comma? I did not realize that the Oxford comma, also known as the Serial comma, even existed until I was older and at first it seemed to go against my grain. That is until I saw its usefulness demonstrated and read about a Maine Dairy that lost a multi-million dollar lawsuit over a missing Oxford comma.

There are a lot of examples around the Internet and of course, there is the title of one of my favorite books that was inspired by this story:

A panda walks into a cafe. He orders a sandwich, eats it, then pulls out a gun and shoots the waiter. “Why?” groans the injured man. The panda shrugs and walks out, tossing a badly punctuated wildlife manual over his shoulder. When the waiter consults the book, he finds the explanation for this behaviour. The entry for “panda” reads: “Large black and white mammal native to China. Eats, shoots and leaves.”

The reason I am trying to explain the importance of this is because of a huge mistake I made while running the media at church. Our pastor was preaching from Psalm 128:3, which says, “Thy wife shall be as a fruitful vine by the sides of thine house: thy children like olive plants round about thy table.” He used pictures of olive trees he took in the Holy Land while he was there and explained some of the interesting things about how they grow, comparing them to how children grow. So, well, I guess my brain must have cramped up on me or something, but I put up the title as, “Children Like Olive Trees.” I was blissfully ignorant of what I had done until one of my assistants, the one that I am usually pretty harsh with about how grammar and spelling and punctuation are so vital to what we do. Well, I get after the whole team from time to time. Things like, Its versus it’s, and there, their, they’re, and apostrophes and, er, um, ah, well, er, commas. So I felt pretty sheepish when she walked back to the media room, pointed at the screen, and said, “Don’t you need a comma in there after children?”

3 thoughts on “Commas Save Lives”