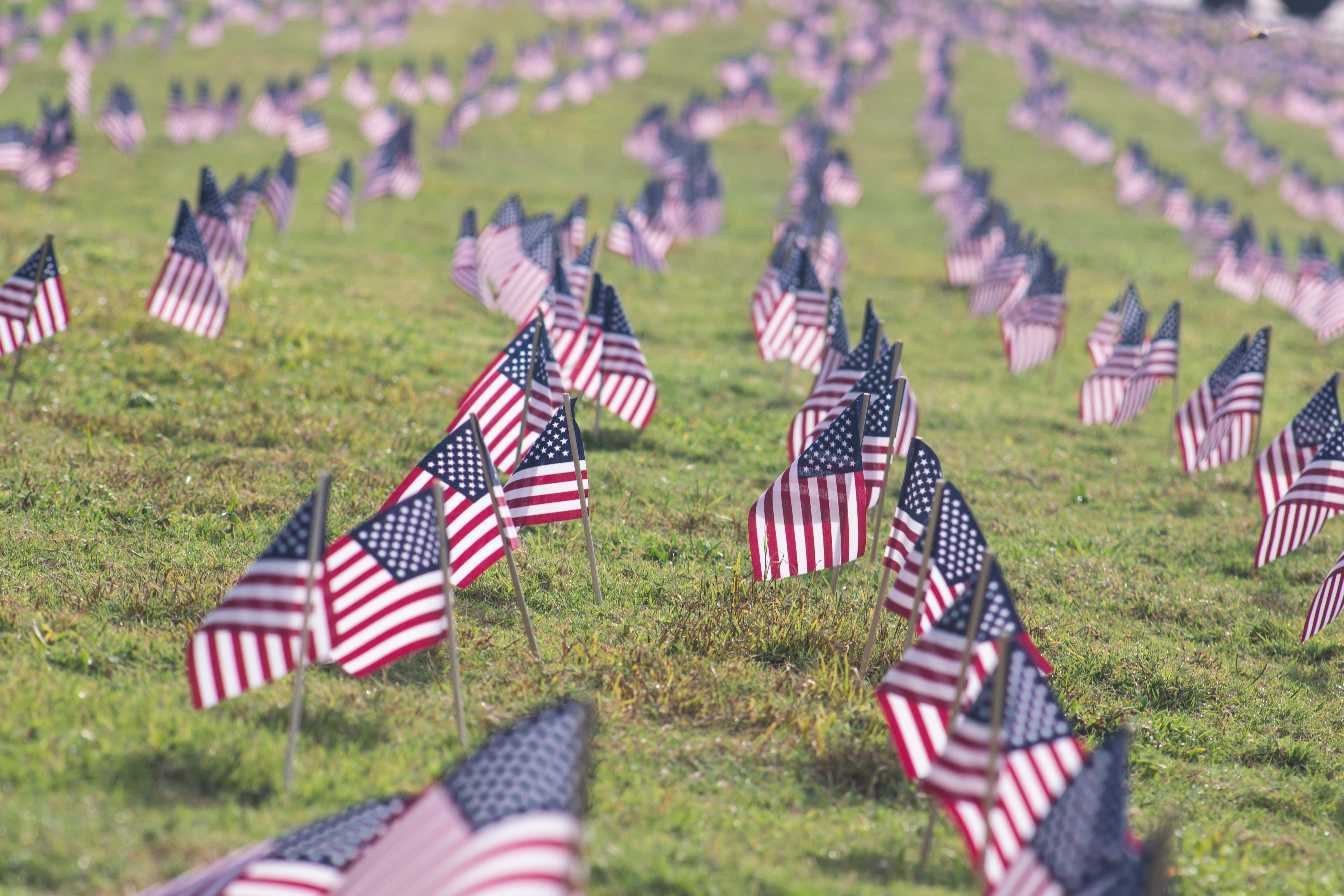 We took the grandkids to the park today for our city’s annual balloon festival. We woke them up at 5:15 am and we left the house by 6:10 so we could find parking. Our family tradition for this occasion, ever since our own kids were little, is that we buy a bunch of donuts and a gallon of chocolate milk and leisurely consume them as the balloons launch. We like to go to the area of the park where the nice playground is and with the parking we found this morning, it was maybe a quarter to a half-mile to walk.

We live in a fairly conservative town with a lot of active and retired military. There are 5 bases here, so I was shocked and amazed this morning when the emcee announced the National Anthem and very few people on our side of the lake stood up. We were about a half-mile across the lake from where the emcee stand is and we could hear it playing, the sound drifting to our ears. We stopped walking, sat our things on the ground, faced the direction of the music and put our hands over our heart until it was over. I didn’t have my hat on, otherwise I would have removed it and held it over my heart. Our grandchildren know that this is what they are supposed to do and seeing us do it reminds and encourages them to do it. To be fair, there were quite a few other people walking the same path who did do the right thing and you could hear one family telling their kids what they needed to do. Maybe the beach, being closer to the lake, caused some hearing defect that wasn’t present elsewhere.

Telling the children what to do is the real crux of our whole societal situation and, I think, therein lies the tale. Anything you do or allow, even in moderation, your children will do in excess, conversely, if you don’t allow it or do it, they won’t either. One of the big problems with the country is that people are not teaching their children to have respect for anything or anyone, even themselves. Oh, they try to teach them to have self-esteem, but self-esteem is worthless without self-respect and they just are not being taught it. It’s fine to tell children to follow their feelings and be comfortable in their own skin and all of the other modern platitudes, but they are meaningless. You can only respect yourself if you live by principles and moral absolutes. Humans need a moral compass. You must have things you believe in, that are a part of your being, in order to feel a sense of accomplishment when your behavior matches your principles. When you know, in your heart-of-hearts that you did the right thing, you find that you have behaved respectably, and you can respect yourself. If you have never been taught right from wrong but instead have learned situational ethics then you have nothing to measure against.

Being a nation of laws, built on ideals of self-governance and personal moral rectitude and responsibility by people who had very strong moral compasses, we need to respect our own country.

(a)Designation.—
The composition consisting of the words and music known as the Star-Spangled Banner is the national anthem.
(b)Conduct During Playing.—During a rendition of the national anthem—
(1) when the flag is displayed—
(A) individuals in uniform should give the military salute at the first note of the anthem and maintain that position until the last note;
(B) members of the Armed Forces and veterans who are present but not in uniform may render the military salute in the manner provided for individuals in uniform; and
(C) all other persons present should face the flag and stand at attention with their right hand over the heart, and men not in uniform, if applicable, should remove their headdress with their right hand and hold it at the left shoulder, the hand being over the heart; and
(2) when the flag is not displayed, all present should face toward the music and act in the same manner they would if the flag were displayed.

And always remember the ancient saying that my wife and I made up this morning, “You can’t put horseshoes on a pig.”

2 thoughts on “Stand Up, Knuckleheads”