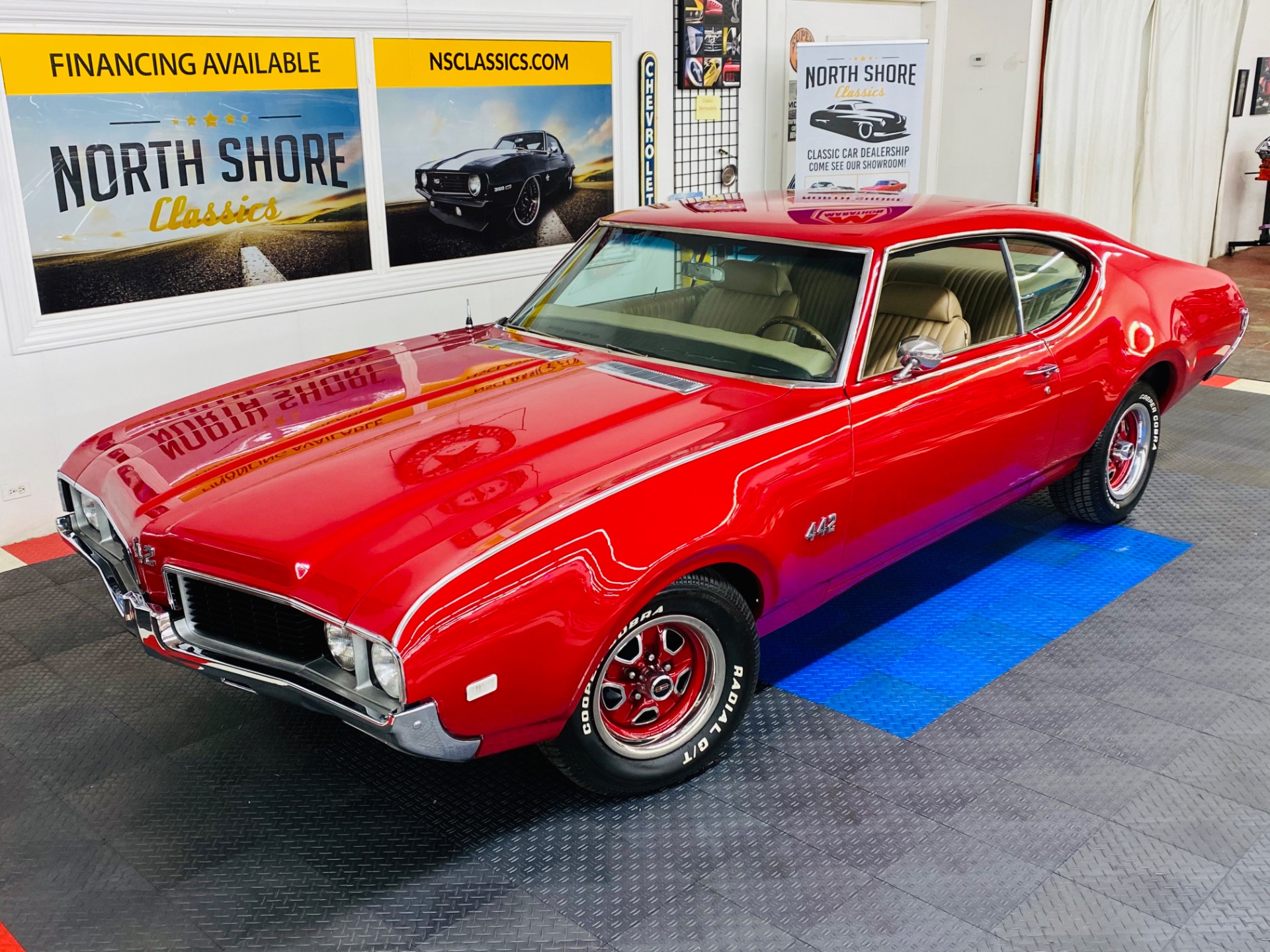 On those occasions when my teenage uncle would take us boys for a ride in his 1969 Olds 442 we knew how much he loved to show off its impressive power and speed. With no seatbelts on we would lean over the edge of the front seat and egg him on. “Come on, man! You’re only going 90!” “Open ‘er up!” “Give ‘er!” “I thought this was a car…” And he would show us how he could “bury the needle.”

I don’t know how long these high-speed rides were but to my childhood mind they went on forever. Even though state law in Wisconsin in 1961 required that seat belts be installed in the front seats of all vehicles, they weren’t required to be worn until the eighties. Nowadays the idea is cringeworthy but then it wasn’t. Well, it was when my grandma found out. It was a rare thing to hear her curse, but…

My older uncle, a couple years older, was made to go along on any rides from now on. Well, we knew better than say anything but they were, we all were, of course, in cahoots. I remember one time, me and the uncle that was my age and my oldest uncle and his girlfriend, were on one of these joy rides when suddenly my uncle shouted at the top of his lungs, “STOP!” The smell of that kind of stop is hard to describe because it’s more than just the rubber burning on the asphalt and then mingling that with the noise…”A HEAD!”

I never knew it was possible for a human being to get that angry and not commit murder. Well, if words could kill…my youthful vocabulary grew beyond measure. I also never knew it was possible for someone to laugh so hard they looked like they were having some kind of fit. I think the only thing that prevented murder from happening was probably the intervention of the girlfriend and the fact that my uncle looked like he was going to literally (not figuratively or metaphorically) laugh himself to death. We rode home the rest of the way at 25 miles per hour in semi-silence, steam coming off my red-faced apoplectic uncle, cursing and swearing, and giggles and laughs coming from his brother.

As I was stocking shelves I came across this sign for your desk and at first I thought it was kind of hokey and didn’t really “get it.” But at the same time, this story from many long years ago popped into my mind. Maybe there was a time when instead of “LIVE TODAY IN ALL CAPS” the vernacular might have said, “OPEN ‘ER UP AND GIVE ‘ER!”