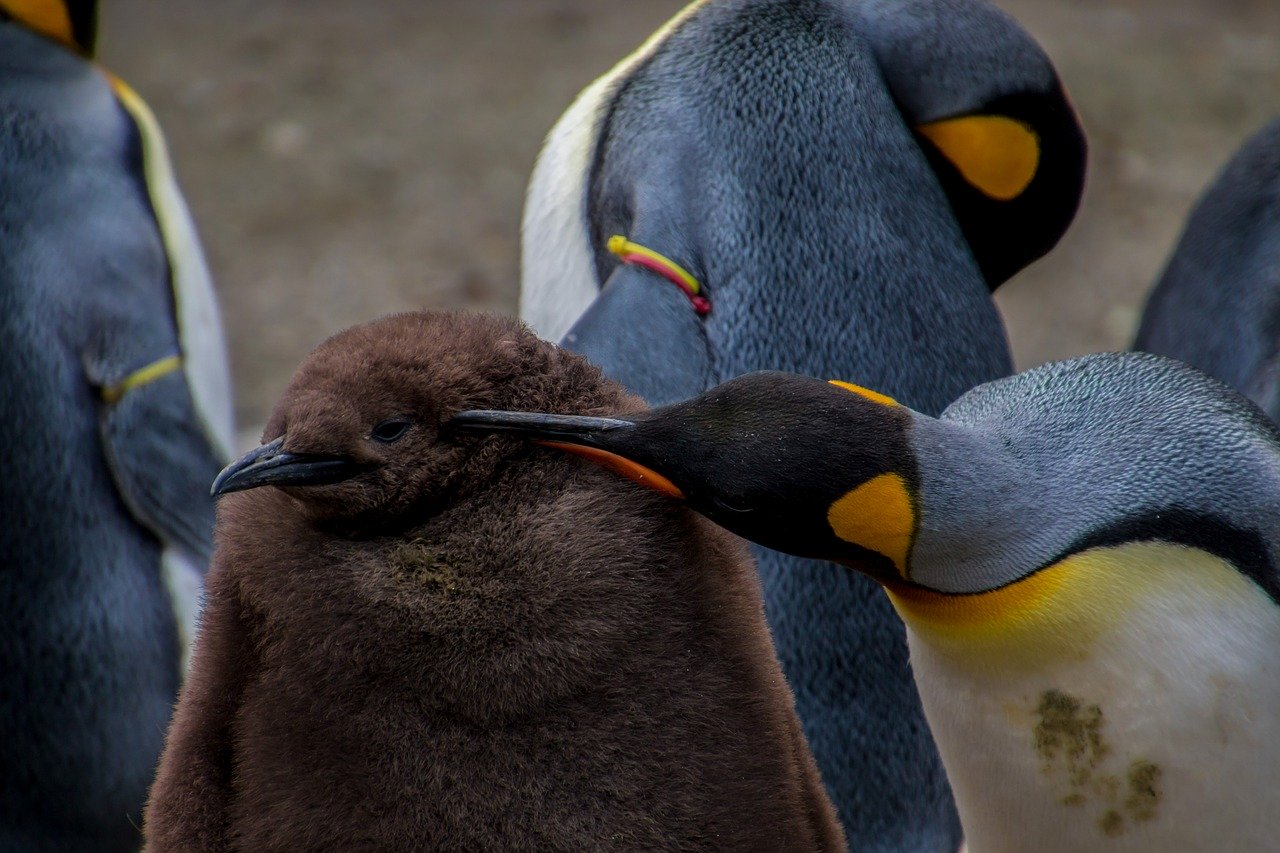 This was one of my attempts at scambaiting. Please accept my apologies in advance if Professor Frederick Von Googleheimer offends with any potty humor. It’s pretty mild and while some readers would not even notice, some might. I really don’t try to upset anyone, but I know that sooner or later I will. I just don’t want it to be you. The Aziz Hamid adventure, my first attempt at this, drew a few comments on the original blog from people who had received his e-mails and were trying to find out if they were legit or not. I lost those and a very nice e-mail I had received from a very sincere person who almost gave away the farm. I was encouraged by it and did a couple more. This series was, I think, my second foray. It was definitely the second one I published. To learn more about all kinds of Internet scams, you can see https://www.crimes-of-persuasion.com/index.htm

One of my big problems is making it a legible format that is easy to follow but also, possibly, educational and helpful because even though I have the most intelligent audience anywhere, we can all fall prey if we let our guard down. Or perhaps someone will arrive here who doesn’t really know what’s going on or is doing a sincere search for information, as happened last time with the Aziz Hamid scam. I was so happy that I helped several people to not be taken in by him. I have tried to make this as legible as possible and still have fun. If you are interested in the practice of “Scamming the Scammer” the site “419 Eaters” @ https://www.419eater.com/ is an excellent resource with lots of tips.

To save space and unnecessary writing I eliminated e-mail headers and tried to cut out as much extraneous material as possible. To save reading time it looks like I am going to have to post this in several parts.

On with the show. I received an e-mail, supposedly from the Chevron Company at my real e-mail address on Feb 3. It was so poorly written that no “Company’s Secretary” would send something like it, language barrier or not. And this was the CEO’s own secretary. All letters had a Chevron logo, btw. To further save space I will cut some of the preliminary correspondence out. There was so much wrong with the initial letter that I can’t begin to edit it all. I forwarded it to none other than the illustrious Professor Frederick Von Googleheimer who responded promptly. Note the bizarre capitalization and misspelled words. No corporation would allow their logo attached to such nonsense and no attorney in his right mind would, either. Plus, as wonderful as Yahoo and MSN may be, I doubt they are used in official correspondences by major corporations, knowwhudimeanVern? I have tried to edit out as much as possible:

Good day to You, I want You to Accept My Sincere Congratulation As Your Email Address (frederick.vongoogleheimer@yahoo.com)”

If all the rest of this ridiculous charade isn’t enough of a giveaway, how about the fact that the e-mail that was “chosen” was nothing like the one being used? Well, the answer is coming in another section of the letter, but first, part of their explanation of why I have been selected to receive “this monies”:

“ABOUT CHEVRON ONLINE ENDOWMENT FUND AWARD (COEFA)
Due to the Profit Max Of the Company, We Were Mandated By the United Nations (UN), Organisation Of the Petroleum Exporting Company (OPEC), And the World Crude Oil Monitoring Forum to Always Use a Reasonable Percentage Of Our Yearly Profit to Help the Society at Large. It Is In View Of this That We Have Always Empower and Assist Some Governmental and Non-Governmental Agencies Like the United Nations Children Emergency Fund (UNICEF), World Health Organisation (WHO), Future Group Europe, World Action Committee On AIDS e.t.c Financially, We are Committed to Giving Most of this Organisation a Reasonable Percentage Of Our Annual Profit to Enhance and Promote there Activities For the Sake Of Humanity.”

Blah-blah-blah. But wait! There’s more! You see apparently, according to this e-mail, Microsoft and Chevron have a “Memorandum of Understanding” and agreed to share their profits with 100 Internet users. This year it is $300 Million dollars. Now, at the beginning of this scam this amount was to be divided equally amongst the 100, but later on in the discussions it appears I am supposed to receive the whole thing. So, now we know why gas prices are so high, too. (I think I need to come up with a name for the good professor’s research agency. After all, he is a noted scatologist and knows it when he sees it.) But to continue, there is a lot of yadda-yadda in the same ridiculous manner and tone, but how was my e-mail chosen?

“HOW YOU WERE SELECTED

Microsoft Corporation Have Always Supplied this Company With Fifty Thousand Email Addresses Of Active Internet Users Yearly, And Your Email Address Was Submitted as One Of the Active Internet Users For the Year 2008. After Email Address are Been Submitted to Us For a Random Selection By Microsoft Corporation, Our Best One Hundred Members Of Staff For the Year 2007 Picked All Over a Hundred Branch Office Of the Chevron Texaco Oil and Gas Company are Invited For a Dinner at the Caribbean Where they Will Be Privileged to Pick One Email Address Each at Random. Mr. Kabir Williams From Our Moscow Office Who Was the Best Staff at Our Moscow Branch Office Picked Your Email Address When He Was Asked to Pick at Random, Therefore Giving You the Opportunity to Claim For Yourself a Total Cash Of Seven Hundred Thousand United States Dollars.”

How they really get your e-mail is in a wide variety of ways. Occasionally a disreputable website you signed up with (how do you know it’s disreputable? They sell your e-mail address.) will sell a list of their users’ e-mail addresses, but frequently if you use a specific e-mail when you sign guest-books and websites and chat boxes, an Internet spider crawls all over these picking up e-mail addresses everywhere. Guestbooks and forums are usually good places for them to harvest.

But, anyway, note it is down to $700 K??? Well, thank you, Mr. Kabir Williams of the Moscow office. Whose e-mail did you select? Mine or the professor’s? Oh yeah, the professor never got the e-mail, I had to send it to him. Nonetheless, I

“Have Been Shortlisted as One Of the Beneficiary Of this Year Chevron Online Endowment Fund Award (COEFA). You are Advised to Read and Understand the Explanation Of this Scheme as Analyzed Below.”

Scheme is right and the only honest thing in this letter. Now if that crazy capitalization boggled your mind, imagine a whole page written like that with all sorts of official rules and explanations. All they need is for me to send them my name, address and phone number, which I provided, on behalf of the good professor, sort of, along with a story explaining why I didn’t have a phone number. (The address is of an abandoned house here in town. I had just been making them up.) Please Note my sarcastic use of capitals because it was lost on them.

Thank you, Thank you, Thank you! I Can Not Begin To Tell You What This Will Mean To Me. I Do Not Have A Phone As I Am Deaf As A Post Nor A Fax Machine Because I Could Not Afford One. I Hope You Will Not Discriminate Against Me Because Of My Disability As Many People Do. I Could Not Afford A TDD Machine, Either, But That Is All Changed Now And My Work With The Penguins Can Continue! Oh Joy! Oh Bliss.

The Lucky Number was given in the prior e-mail.

I was then instructed to contact someone who represents himself as an attorney, one Johnson Chambers. Actually it was Johnson Clark but the e-mail address said Chambers. He doesn’t seem to care what I call him. Yet. Note the crazy capitalization continues,

I want to thank You For Your Response to Our Last Email and For the Information Which You Have Provided to this Office as Requested. Your Information Have Been Registered On Our Database as a Beneficiary Of 2008/2009 Chevron On-line Endowment Fund. To Complete the Notarization Of Your Funds Which we Have Taking Through Due Process, You are Expected to Contact Our Company’s Attorney Who Will Officially Handover Your Funds to You. Find Below His Contact Information:

You are Advised to Contact Him Soonest, so that he Can Facilitate the immediate Release Of Your Funds to you.”

They then tell me the lawyer will need a scan copy of my passport and driver license along with an acceptance letter. Well I know better than to send any sort of identification to such a person and no normal entity does business this way so I sent him a picture from a comedy skit involving my Sunday School character, Frederick’s twin brother, Fritz.

I hope that you will be accepting this e-mail as my acceptance letter because I am very willing to be accepting of money. Who isn’t? Unfortunately, I have no Passport and my condition does not let me to drive. I have a nice photo of me, though, if you would like and you can have it. I had to shrink it down to get it to be small enough. I hope I have done a good job and you will be sending me money right away.

I shrunk down this photo of Fritz to the size of a passport picture:

To which I received a letter from the “Attorney for Chevron/Texaco.” Funny, this one went into my spam folder. I couldn’t find the message and saw a new one in there and checked and there it was. That struck me as wildly funny for some reason. I left most of this in because I wanted you to read as I did, thinking “Can this guy even be remotely in touch?” And adding up the cost as each item was listed off and to see if you have the same reaction I did when I read the type of currency.

I will give you the rest of the conversation in part 2 tomorrow.