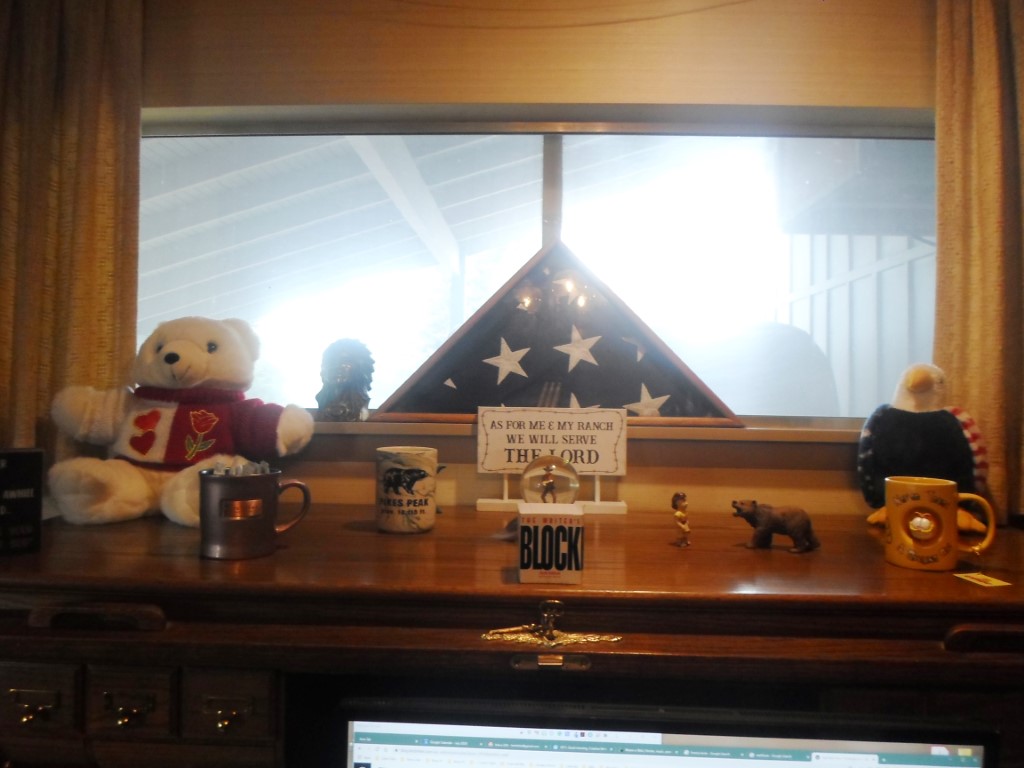 My grandma had a sign hanging in her kitchen for many years, that read:

I don’t have a photo of it but there are still signs like it around the Internet. My Grandpa, who always sat at the head of the table and was, in fact, very much in charge, not in a tyrannical sense, but everyone always came to him to talk about a problem or ask for help or whatever the need might be and he would do what he could. He never asked her to take it down and when someone, usually a newcomer or a youngster would ask him about it he would just smile and say, “Oh, you’ll figure it out sometime.” I think, after forty years, I kind of understand what it’s about.

My wife came to me the other day and said, “You have a beautiful desk but with things piled all over it, people can’t see the things that are really important to you that you want to display.” Lives there a married man anywhere who can’t unravel that sentence? And, as a matter of fact, she does want to help me. I just don’t have an organizational bone in my body and I also need the occasional prompting. “And, you can take pictures of it and display it on your blog.”

The idea actually did appeal to me. Some time ago I had read a post by Colin McQueen on his blog, “Getting On – Because getting older still remains the best of all available options,” where he described the things in his writing environment. The piece was called “The Stuff That Surrounds Me” and was really interesting to me. This piece is not really like that at all, except that I felt inspired by it as my wife was saying I should blog about my desk. His point was adding stuff but mine is not. Except that it is.

The more I thought about how to do it and how to tell about it; the more I realized that each item I chose actually does have meaning. So, I am going to do a series of posts about the eclectic and sometimes esoteric items I have picked to display on the top of my desk. I figure that if Mr. Proclaims, of James Proclaims, can write the entire month of May, yes all 31 days, about Star Wars then I can regale you with tales of the few trinkets on my desk. In between having to pick another portion of my desk to work on, of course.

For tonight I share with you the almost final version of what it’s going to look like.