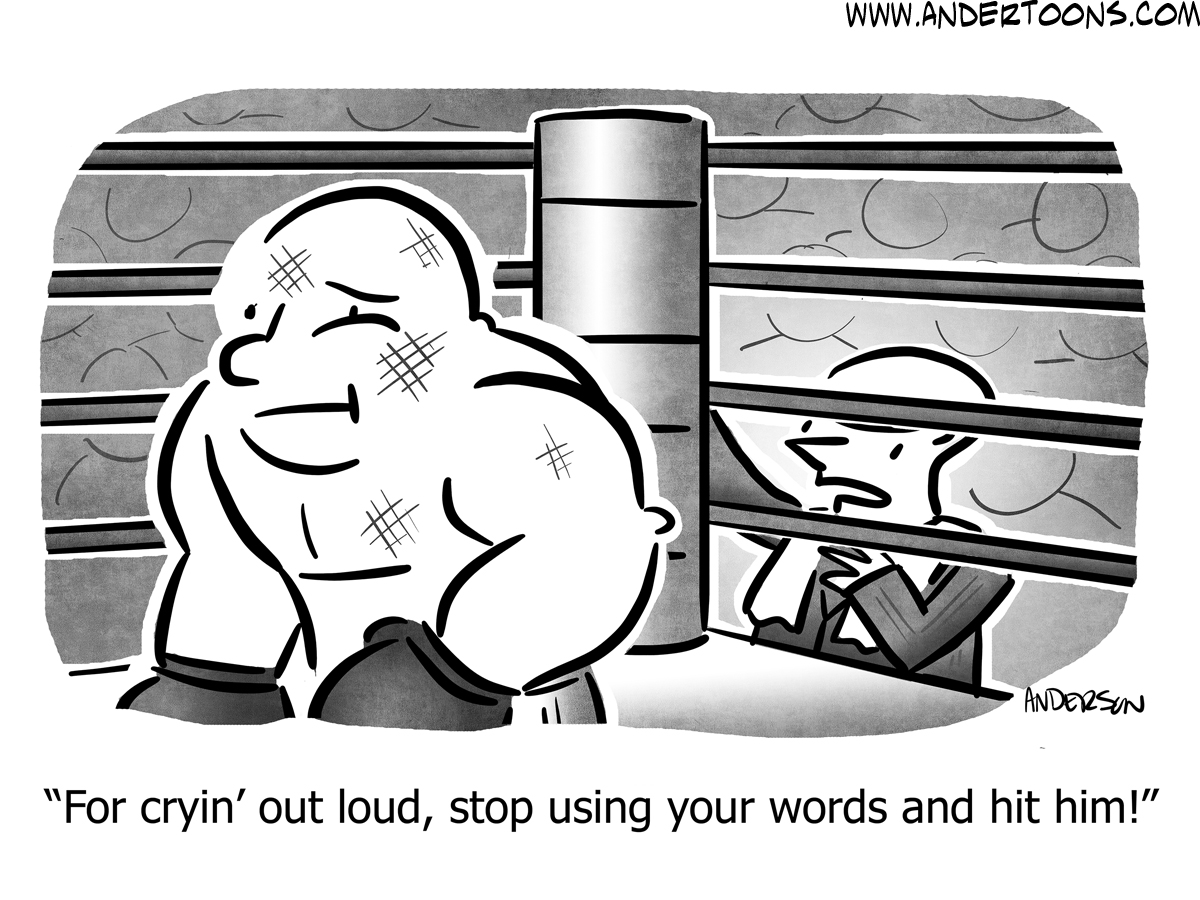 I don’t think I have ever done a “re-blog” here before and even though the “Reblog” button is there, I still asked permission from the owner before I just went and did it. I have broken my streak, but have not given up on my commitment. This story touched my heart and it is important that the message gets out, especially to parents of future sports stars.

And Then Ninety-two Years Later

It was 1928 when pathologist Dr. Harrison Martland first wrote about the condition that came to be known in the boxing world as “Punch Drunk Syndrome.” With his partner Dr. Christopher Beling, Martland autopsied more than three hundred brains from traumatic cerebral hemorrhaging cases and found a connection between unusual brain structures and the sport of boxing.

Dr. Martland set out to learn as much as he could about the sport and noted carefully the observations of the athletes and trainers who exhibited and described tremors, vertigo, and mental deterioration, many of them having been reassured by physicians that there was no correlation between head injury sustained in the ring and such symptoms.

Martland believed there was enough evidence to suggest a connection and though he didn’t have the exact mechanism of the disease figured out, he poured a great deal of effort into detailing boxing styles and career longevity and their possible relationships to long-term health effects.

But Martland’s work didn’t gain a lot of traction, and barely any outside the sport of boxing. It certainly wasn’t discussed within other contact sports, and was flat-out denied by some. It was another seventy-seven years before the 2005 publication of Dr. Bennett Omalu’s paper on “Chronic Traumatic Encephalopathy” (CTE) observed in the brains of deceased professional American football athletes and before the danger of frequent concussion was even on the public’s radar.

The NFL was quick to disparage the study and the reputation of Dr. Omalu, but was eventually pressured enough to admit to some knowledge of brain injury problems. It turned out that many former NFL players were experiencing impulse control, impaired judgment, chronic headache, aggression, paranoia, and early onset progressive dementia.

Thanks to a tenacious media and Hollywood director and producer Ridley Scott who enlisted Will Smith to tell the story of Dr. Omalu’s discovery in the 2015 film Concussion, the public has begun to pay attention and sports are beginning, though still much too slowly, to seriously examine ways to keep athletes safer.

We lost Jake a few months ago, just before Christmas. He ended his own life because at age 47, he could no longer manage the symptoms of this terrible degenerative disease. That’s when most of his family found out for the first time what he had been struggling with. He hadn’t wanted us to know while he did his best to enjoy life with the people he loved.

He was a wonderful, generous man and yes, he was a gifted multi-sport athlete who loved, among many others, the sport of football. He played it for many years, and then in more recent years told his fiancée that if he had known the price for playing, he wouldn’t have done it.

And that’s why I decided to use this space, where I typically stick to more lighthearted topics, to write about Punch Drunk Syndrome, CTE, and my cousin who is so very loved and so terribly missed. Because his choices might have been different if he’d had the information. And maybe your choices or the choices of those you love could be different now that you do.

CTE does not correlate strongly with isolated large concussion injuries, though of course those are concerning. Those who suffer from CTE are more likely to have experienced years of repeated small head trauma, much of which may not even fit the diagnostic criteria of concussion. Sports most likely to see CTE development include not only football and boxing, but also hockey, rugby, and soccer. It also affects military personnel and victims of domestic violence.

There’s still a lot to be learned. CTE doesn’t affect everyone who has ever experienced head trauma, or everyone who plays contact sports, but when it does, it is devastating and incurable. In fact, though we understand much more about the causes and symptoms than we ever have before, it still can’t be conclusively diagnosed until death.

What we do know for sure is that it’s entirely preventable. And we should’ve known that for at least ninety-two years.

You can learn more about CTE from the Concussion Legacy Foundation.