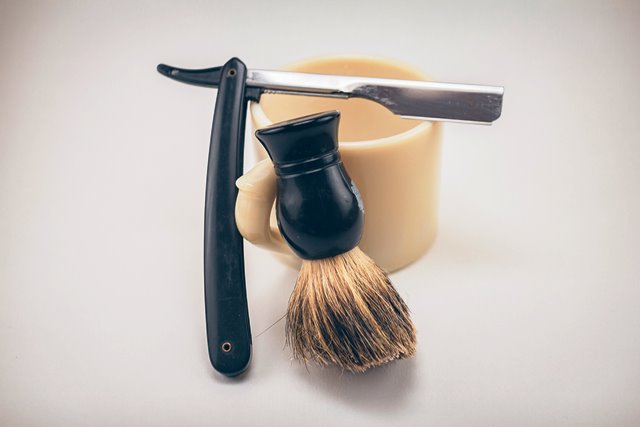 I had to go to the V.A. lab this morning to have a routine blood draw. Of course, going to the V.A. clinic for anything, especially something that is both routine and on a walk-in basis, involves a wait time. Over the years my military training has served me well. I can hurry up and get where I’m going and then stand in line when I get there. V.A. isn’t the only place such training comes in handy, though. There is the DMV and anything related to any court-anything.

Nowadays waiting is made a lot less tedious by the invention of the smartphone. You can play Wordscapes or Word Stacks or Solitaire and you can listen to music or podcasts, watch videos, text with your friends…The list goes on and on. Before this invention there was a lot of hemming and hawing, awkward staring and making bits of conversation, occasionally making friends, that sort of thing. We also used to take a book with us, knowing what to expect, but nowadays you can much more conveniently and easily bring your book with you on your phone.

A lot of the stuff that you used to have to do the waiting in line for, the DMV, driver license and many other similar tasks, can be done quickly and efficiently online, from your computer or even on your phone. You never have to talk to a live person unless you have a problem.

Some things have not been automated yet, however, one of them being getting your blood drawn or getting an X-ray. It was a real live flesh-and-blood person who drew my blood. When my turn came around, that is.

So, while I was waiting, I conferred with The Google. I call it that because of a phone conversation I had on a Saturday afternoon with an old woman with a strong accent. When I couldn’t find the information she wanted she advised me, “You must ask Der Google. My zister has Der Google and she says Der Google knows everything.” Er, I asked The Google where to get a haircut. It came up with a number of styling salons but that’s not what I wanted. I wanted a barber shop. I didn’t want any froo-froo treatment or anything, I just wanted to get my hair cut short, you know, have my ears lowered.

I also wanted the atmosphere that goes with a barber shop as opposed to anywhere else in the world. I wanted to sit and listen to a bunch of old guys talking about anything and everything and solving the world’s problems. So, as I was perusing the listings I saw Caveman Barbershop. Well, since I was hairier than Gronk, The Amiable Caveman, I figured I would try them out.

I was not disappointed.

The place had two busy chairs and there were five men in front of me. The only woman in the place was the proprietor, a woman named Patty, who greeted me cheerily as I walked in the door. I asked, “Do I need an appointment?” A good test to see if this was really the kind of place I wanted. “Oh, no!” Patty said, “Everyone’s a walk-in. First come, first served. There’s five guys ahead of you and you’ll be after Frank there in the tan shirt.” This was feeling more and more like it should. She was in the process of cutting a scraggly looking beard off a guy named Len and they were talking about the differences between a straight razor and a safety razor and how she was trained as a barber to use a straight razor. From bits and pieces of conversation I picked up it seems that Len might have an interesting back story, but when she got done with him he looked like a million bucks and when his daughter (or caregiver, maybe) picked him up she almost didn’t recognize him.

As I waited, the mailman came in. She greeted him by name and offered him a cold bottle of water. I liked that. It was an action with style. A young Air Force sergeant came in and she called him by his first name. One of the older gents spoke to him and said, “Young man, just so you know, this fella (me) is right before you.” It sounds annoying reading it on a screen but it wasn’t, it didn’t sound that way.

When it came to be my turn she was friendly and outgoing without being overly garrulous. She’s been in this shop for eleven years and is a Colorado-born native. We talked about kids and grandkids and how Colorado, especially The Springs, just won’t be able to sustain the kind of growth they are trying for. I expressed my disdain for all the Californians coming here, trying to get away from their problems and at the same time trying to implement all the policies that caused them problems in the first place. This caused the young sergeant to look up at me sharply but he didn’t say anything and went back to doing whatever it was on his phone that he was doing. Patty agreed with me though. When she got done with me I looked as human as I could possibly ever look.

It was just a nice place with a good atmosphere and if you are a man in need of a man’s haircut I would recommend giving this place a try.