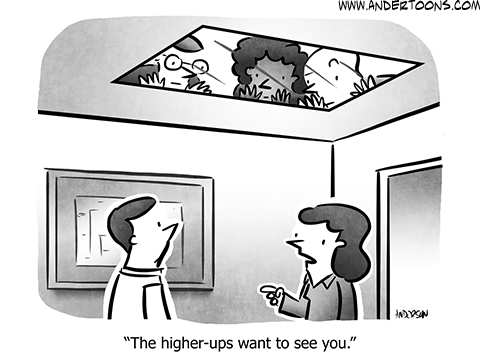 A few years ago I started to try to challenge some of our young people to read the Bible through in a year with varying success. Some really took up the challenge and did it that first year. A couple of them had a false start that year but picked up the next year. I nagged some of them but some only needed a few gentle nudges. At the end of the year or the beginning of the next year, there is a sort of ceremony, where Pastor reads off each person’s name who completed it and they come and stand on the platform. He shakes your hand and you get a certificate and you are held up as an example of the fact that it is possible to read the Bible all the way through.

Almost all, if not all, of them, are former students of mine and As I’ve told you before (in the entry, “My Favorite Sunday School Student or The Tapestry of Life“) I am really proud of them. I’m happy to have nagged or nudged them and they feel a sense of accomplishment in having succeeded in a task that can be fairly daunting at times. Although, to be fair, the more often you read it completely the easier it gets to understand and the more that God can reveal to you. But it does take work.

I was kind of awestruck today when a grown adult woman, who is a teacher herself, came to me and said, “Bro. Thiel, I’m behind on my Bible reading but I am going to catch up.” Now, yes, I have known her since she was a little girl but this was a big deal to me because she is an adult and doesn’t have to answer to me for anything. What it does show me is that she wants to be responsible and accountable and choose who did give authority in her life. She has an awesome set of parents but adding someone outside of your family is like adding another layer of safety net under yourself as you walk the tightrope of life. Most of the time we don’t really think about who we are accountable to and what we are accountable for but we all are accountable for our actions somewhere along the line and have to own responsibility.

Accountability comes in a couple of different ways that I have observed, voluntary and involuntary. By having my computer in the open part of the house, anyone can see what I am doing at any time. This way I not only have my own conscience to answer to but anyone else who is in the house when I am on the computer, whether it be wife or kids or grandkids. This is an example of voluntary accountability that helps keep me safe and out of trouble. Yes, I’m a grown man and I can do whatever I want, but that doesn’t mean everything I might want is good for me. Being accountable helps me stay on the Strait and Narrow path.

Sometimes we are made involuntarily accountable. I got pulled over the other evening for a missing taillight. I am accountable to the law for my actions and was relieved to only get a warning, but when I saw those pretty blue and red lights flashing behind me I realized I was probably going to have to account for something to someone. the laws of our state require me to be accountable to obey them and the young officer who pulled me over was accountable to enforce those laws in a way that she saw fit.

Everyone has authorities they have to submit to. It is a fact of life. A person might say, “I don’t have to listen to anybody and I can do whatever I want to. The prisons are overstocked with people who thought that and think that but as the old song says, “You’re gonna have to serve somebody…” So why not choose who you want to serve and whose leadership you want to follow rather than have it chosen for you? thirty-one years ago I made a choice that I would follow the leadership of God and stay in this church and submit myself to the authority of the pastor. I am a free man and could have done whatever I wanted to and still can, but it’s a choice. When the pastor became the Bishop and a new pastor came along I made the same decision. These men have my respect and loyalty, not only because God put them in my life but because they are worthy and deserving in their own right.

I have read stories some true and some fictional, like the comic novels of P. G. Wodehouse of butlers and valets whose families have served aristocratic families for generations and are very proud to be from a long line of servants who have served impeccably to the highest standards. They are not ashamed to be servants but are proud to serve in a house with a great name, knowing that not just anybody could do what they do.

The Kingdom of God is no different. I am proud to have been selected to serve in God’s house. I can speak to Him and what I say gets results because I am of value to him and wants me to be happy to work for Him. I serve God in His house and obey the authorities He has placed in my life proudly.