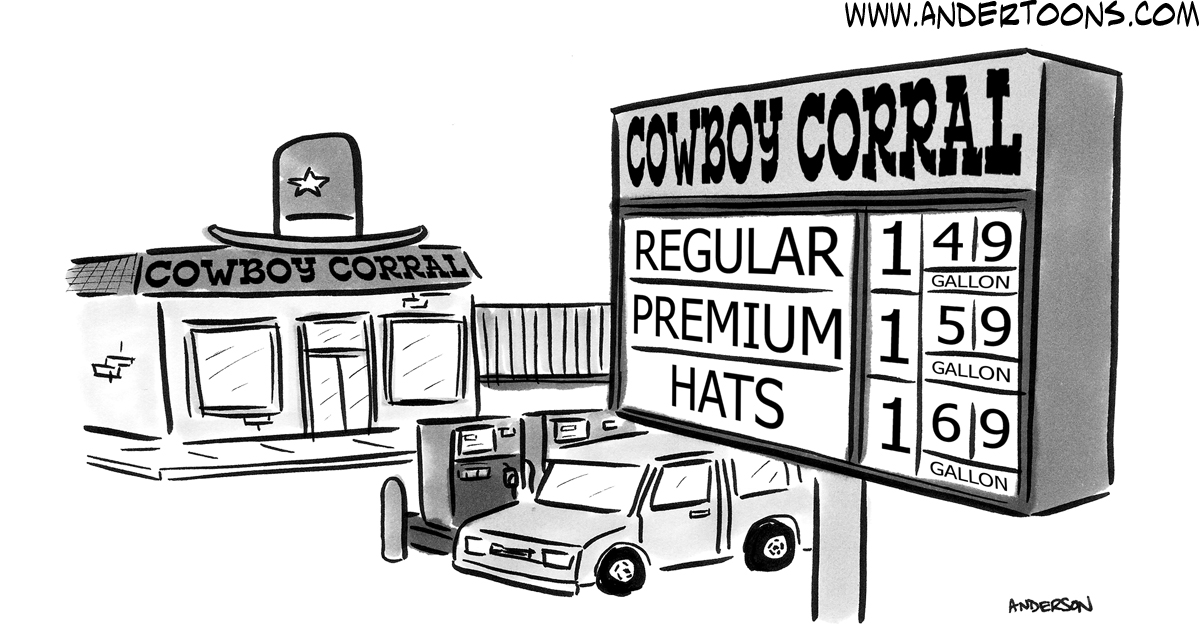 A couple of old jokes I found while digging in the archives.

A cowboy rode into town and stopped at the saloon for a drink. Unfortunately, the locals always had a habit of picking on newcomers. When he left the bar sometime later, he realized that his horse had been stolen.
The cowboy rushed back into the bar, handily flipped his gun into the air, caught it above his head without even looking, and then fired a shot into the ceiling. “Who stole my horse!” he yelled with surprising forcefulness. No one answered.
“I’m gonna have another beer and if my horse ain’t back outside by the time I’m finished, I’m gonna do what I did back in Texas. And let me tell you, I don’t wanna have to do what I did back in Texas!”
Some of the locals shifted restlessly.
The cowboy had another beer, then walked outside to find his horse was back. So, he cinched up his saddle up and prepared to ride out of town. The bartender wandered out of the bar and said, “Say, partner, what happened in Texas anyway?”

The cowboy turned back and said, “I had to walk home!”

A tough old cowboy from Texas counseled his grandson that if he wanted to live a long life, the secret was to sprinkle a pinch of gunpowder on his oatmeal every morning. The grandson did this religiously to the day he died at the age of 103. He left behind 14 children, 30 grandchildren, 45 great-grandchildren, 25 great-great-grandchildren and a 15-foot hole where the crematorium used to be.