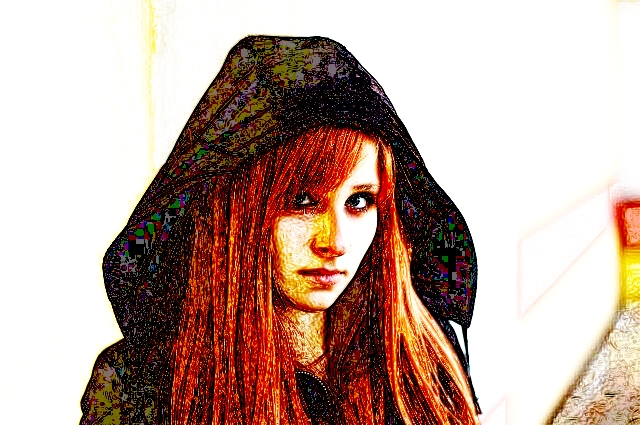 Many of you know that I have numerous grandchildren who have adopted me and that I have a large number of daughters who have done the same. Some ask my advice and listen when I tell them something and involve me in their life to varying degrees while to others I am merely a figurehead to point to and say that I am a “Father-figure” to them. That may be all they really need.

There are, of course, some who have a lot of fun with it, sometimes at my expense. And I have fun back. One of these is my red-headed stepchild, Petra. I call her that but it’s only because she’s the only redhead I have at the moment. I have written about her before on one of my Award Winning Wednesdays. She is a mechanical engineer on the cusp of getting her Ph.D., who writes a travel blog called Erratic Engineeress and is beginning a podcast in January that is to be called The Erratic Hat. She mainly writes about her own travels and adventures couch-surfing and she has a standing invitation from Mrs. Herb to couch-surf with us if she should ever visit Colorado. She would also be welcome at the Campfire my son builds. She is from a country in the Balkans called Slovenia, whose map looks like a chicken. Honestly. The borders of the country look like a chicken. I don’t know how those borders were determined but…okay, look at these maps and see if you don’t agree.

Actually, it looks like a very beautiful country and we would love to visit sometime. I would want to stay at the fabulous Hotel Jama and see the secret rooms left over from the Cold War days. And order cheese from room service the way Petra did.

If you follow my son Benjamin’s blog, Brother’s Campfire, you will recognize her as the inspiration for the character called The Cheese Thief. She is in several episodes and you can see her character in action in the ongoing story he’s writing. I selected 2 episodes, one is Chapter 156, and the other is Chapter 227 if you want to see her character in action. If you don’t regularly follow the story there might be some references you won’t get but I think you can see that this character obsessively loves cheese.

No, I mean, she REALLY loves cheese.

I had wondered about this for a while but then I found this secret videotape from when she was just a little girl. It’s only thirty seconds long but it tells a whole story about our dear Redheaded Step Child and CHEESE.

And that was the end of this post. I really was going to end it there. Then I discovered this next clip, which is 1:00 in which I think the child in the beginning and ending of this commercial looks awfully familiar too, lol. You know, I have seen some doofus politicians in my time, but this guy’s only career in politics has to be King Doofus:

10 thoughts on “A Cheesy Post With A Piece Of The Cheese Thief’s Childhood?”