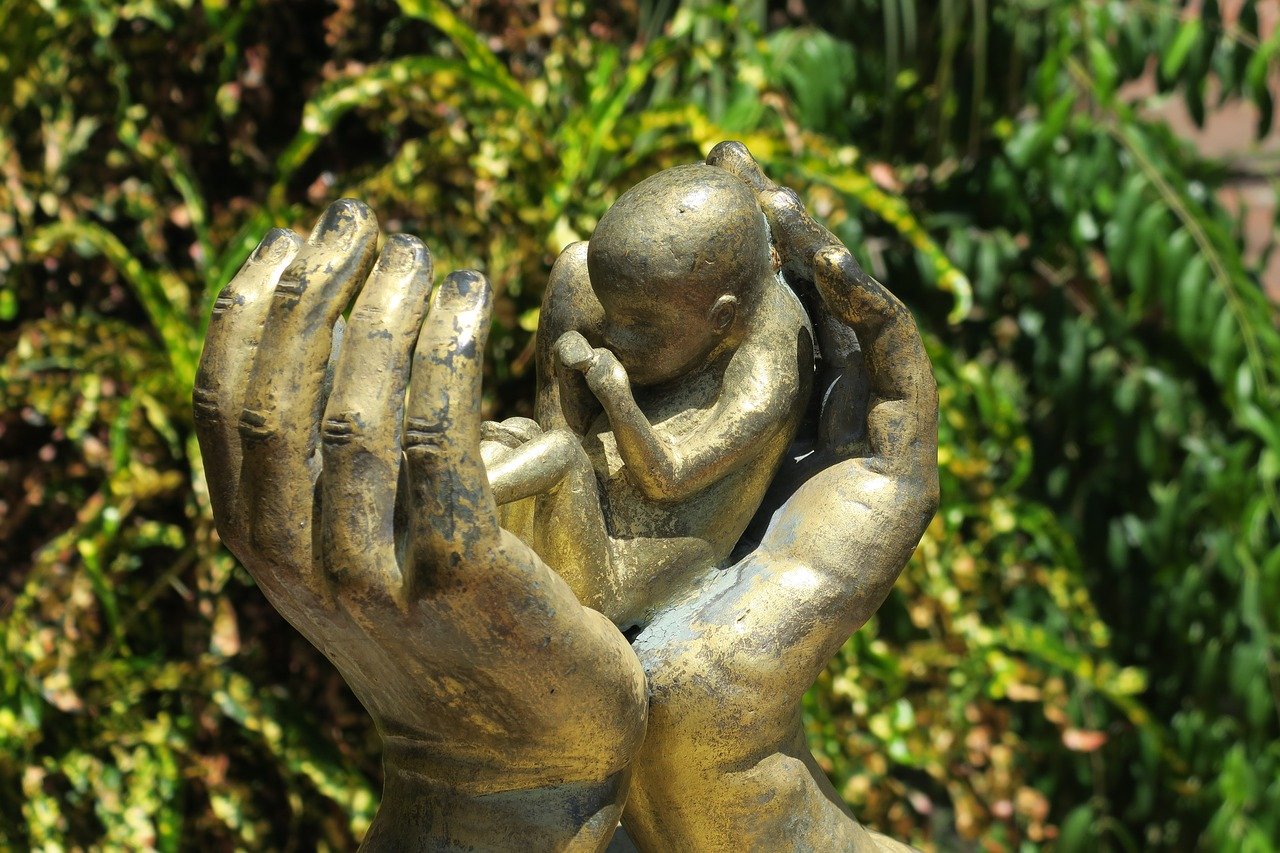 As I was going through the archive and numbering and dating posts I came upon one where I had accidentally posted the wrong one. I had posted the October 17th, 2004 twice and had not posted the October 18th, 2004 post. This was in the time I had been copying from the old Blogdrive Blog to this one. I have just now corrected the original post and decided to post it here in case someone who had gone through the back-posts hadn’t seen it.

My van, a dirt and maroon 1993 Dodge Grand Caravan, was sitting at the gas pumps Saturday waiting for me to pay my bill. It’s a nice van and gets about 20 – 24 MPG when it’s running right, which is good because we put on 100 – 200 miles in a day. (We are also blessed in that we have found an honest mechanic.) Even now, when i have to put in a quart of tranny fluid at each fill-up it still does me good and gets that mileage. Under the dirt are my “W ‘04”, “Bush/Cheney ‘04” and “Veterans For Bush” bumper stickers. There is also one large anti-abortion one that says, “She’s a Child…Not a Choice.”

I had paid for my gas Saturday and was getting ready to pick up Margaret from a client’s house (they are clients, by the way, not patients, pardon my previous vernacular) and here is this woman eyeballing the back of my van and giving me a real hard stare as I walk up to it. As I get closer she has a rather stern appearance and is wearing dark glasses (i hate talking to people wearing dark glasses, there oughta be a law) and she says, “Excuse me! This bumper sticker on the back of your car. Do you mean that for just teenage girls or do you mean that for anyone or what do you mean?”

If you know much about me at all, you know the last thing I enjoy is a full-blown, face-to-face confrontation with someone in public. I really have never been much of a fighter. Yes, I understand that putting bumper stickers on your car could be considered a direct invitation to a fight, but it could also be possible that you could open a dialogue with someone. I like to have discussions and friendly arguments, but I suppose I had not had the foresight to realize that a confrontation with a total stranger was possible as well. Not that I am going to take my bumper stickers off now that I realize it’s possible. So anyway, there it was, an apparent full-blown confrontation in the 7-11 parking lot about to happen.

“Ma’am,” I said intelligently, “I think abortion is wrong, period, no matter who or what,” I speak intelligently like that to strangers. When I write I can, if I want to, take the time to think about what I am going to say, but sometimes the words don’t come too fast if I am face-to-face with someone, especially an unknown, potential antagonist.

“Good.” She said. “I think it’s horrible.” She then proceeded to tell me that two of her three children are special needs and she was told by the doctors to abort them. They hammered away at her and tried to get her to, in her own words, “kill my baby.” She had had an amniocentesis done and the geneticist got exasperated and asked her why she had had it done if she wasn’t planning to have an abortion. She told him it was so she could get the proper medical treatment. We have known other people who have had a similar experience, which I related to her. The child I was talking about did turn out to be a “Special Needs” child, but any child that can say, “Daddy, I love you,” should not have been murdered. Her girls are teenagers now and she feels the same way. She said she can’t imagine how empty her life would be.

We talked further about how, in this state, Colorado, anyway, an underage teenage girl can go to the hospital and the doctor can give her the “Morning After” pill without even asking her parents and we spoke about the upcoming elections and the ban on Partial-Birth abortions and just stuff in general and went our ways. I was so flabbergasted that I completely forgot to invite her to church or give her a church card.