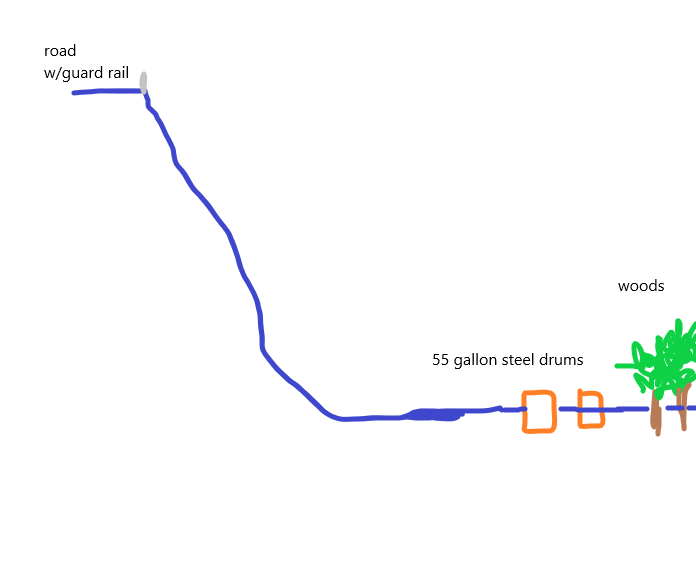 Having had a big houseful of people here today made it hard to find time for writing but was also inspiring for finishing this entry.

I read the Thanksgiving poem over at Life Lessons From Around the Dinner Table and had a memory from a long time ago. It’s not a real’ clear, vivid memory for the most part but more like images that flashed through my mind. I had to have been pretty young because of the amount of work and energy my grandparents were able to put into making Thanksgiving dinner. We had to have driven from Milwaukee, WI up to Shawano, WI, a few hours.

An image of Grandma laying a loaf of bread in order on top of the freezer to dry, then cutting the pieces into squares the next day. Grandpa putting them in a big bowl and mixing things in, I don’t remember all what he put in, except raisins. I remember the raisins going into it for some reason.

An image of Grandma pouring a bag of cranberries into a pot with some water and sugar and mashing them up. I had only ever seen canned, jellied cranberries before that.

Relatives and family friends. People I had never seen before or after and others; people I would see out at their place all the time, seemingly forever, who were friends to my grandparents to the end.

Jar of Poetry’s post, Come and Chill With Me, had some questions and his answer to number two, “What scares you the most?” where he talks about flights of stairs in the dark, was interesting to me. My grandparents had an outhouse. You have not lived until you have had to walk a hundred yards in twenty degrees below zero Fahrenheit down an icy trail with deep snow on either side, to do your business. We had flashlights and there was a yard light on a high pole, so it wasn’t really dark out for the most part. The outhouse never was scary (beside the smell) to us either. Having used it all of our lives we knew there was nothing to afraid of in it. I believed my Grandpa when he told me that us city people were disgusting because we went to the bathroom inside our house, so how we did it back then seemed natural enough. No, it was the last few steps and the porch stairs themselves that for some reason inspired us to run up as fast as we could because of…something…we didn’t know what, just for some reason we made a mad dash up the stairs and ran breathlessly into the house, slamming the door and making Grandma have to yell at us.

Us. Me and Robert. He was my uncle but a year younger than me. We were raised as brothers or close cousins. We sat at our own table, I think it was a TV tray, in Grandma and Grandpa’s room by the window that looked out over Runge’s woods with a view of the road and the cornfield across the road from it. The grownups always sat at the “big” table, although that year, for some reason, I remember there being a lot of people all over.

It was hunting season. “Hunter Orange” was not yet required by law and my Grandpa had an old woolen red-and-black buffalo plaid shirt he wore. I don’t remember him ever wearing a coat other than that. Most of the hunters wore red or the buffalo plaid as many of them believed that the deer could see the orange by its brightness. Right or wrong, that’s what they thought but it was a source of serious debate. Some wore an orange and black buffalo plaid. The guns were unloaded and stacked carefully in the corner behind the door. (By stacked I mean they were leaned carefully against the wall.) This was no big thing as even the youngest of us were taught, I guess from infancy, that you never, ever, play with or around them. Hunting coats were shed and put somewhere, maybe in the front room, amidst grumbling and complaining about not seeing anything or stories of “the one that got away,” which meant they missed the shot completely for whatever reason.

Everyone gathered around as Grandma put the turkey, Grandpa’s stuffing sticking out of it, on the table. My grandparents weren’t religious people and I don’t know who might have said grace or anything, but Grandma had “us boys” go sit down while she made us up some plates. Even though I was an awful, finicky, picky child, Grandma somehow convinced me that I wanted to try her cranberries. Grandma was right! Oh, they were so good…mmmm! Another side dish that I was unsure of was peas in a sort of milky looking sauce with round black things floating in it. I saw Robert tear into them with gusto and found out that I liked them , too. “You don’t have to eat the black things.” Mashed potatoes and gravy, and I don’t know what all else.

While we are sitting there, talking and eating and looking out the window, we heard the familiar “boom” of a gun and as we watched we saw a large buck run out of the woods across the pristine snow and leap effortlessly over the fence, land on the road and take a second leap over the second fence into the field and he was gone. It was a thing of beauty to behold and a source of consternation to all of the hunters sitting around the table. My Grandpa said that the same deer came through every Thanksgiving while people were eating and nobody had got him yet. This caused a ruckus in itself, my Grandpa laughing at them all, himself included. “That deer just gets bigger every year.”

But at the end was the best part, of course. The desserts. Oh, yeah! Pumpkin pie with copious amounts of real whipped cream and another new thing, Mincemeat pie. Now I know that in some parts of the world this includes hamburger or other meat and that’s where the name comes from, but I’ve never tried that. This has raisins and apples and spices and yummy-tastic-lisciousness! The only time I remember having anything as good was a couple of years ago when Daughter-In-Law (Who says that I am the best father-in-law she ever had.) and Son made me a mincemeat pie completely from scratch. THAT was fantasta-yummy-tastic-liscious!

Past my grandparent’s house ran State Highway 29. Nowadays it is a flat road that just crosses the train tracks, if that train still exists. The highway used to go over the train track via what we called “The Overhead.” People used to drive over it and honk their horn and they would look out the window and say a person’s name they thought it was. I always honked “Shave and a Haircut” when I would drive over, but that was a much later time than this.

I don’t exaggerate saying it was sixty or seventy feet high with a sixty-five to seventy degree angle. It was not made for children to play on, it was made to carry cars over the railroad. Where it met the yard there was a gentler slope downward, which ended in a clearing where Grandpa’s burning barrels were, then on into the woods. Probably at least another fifty yards.

My teenage uncles had plans. They took the hood from some old car (for some reason I remember it being off of a forties model) that was around the place (my Grandpa had a number of cars and parts in varying ages all over), tied a rope to it and while one uncle started pulling it up the hill, the other uncle went to the top with the end of the rope. He looped it around the guard rail, making a crude pulley and started pulling from his end. And us kids trudging up the hill behind for what seemed like forever.

From the top it looked like we were on a cliff. Getting everyone situated and pointing it down the right direction was a challenge, but nobody wanted to make a mistake and have the thing go down by itself. About this time my Grandma looked out the window.

“Uh-oh. Ma’s coming out,” said one as we saw the front door open and my Grandma waving her arms wildly and hollering.

“She’s waving. Everybody smile and wave back.”

“I think she said she wants us to bring them down.”

“Oh. Okay. We better do what Ma says.” And with that we shoved off.

Living in Wisconsin, and even here, I have ridden toboggans, sleds, plastic saucers, and even sheets of cardboard, but nothing has ever compared to that ride.

As we accelerated down the hill, snow was flying everywhere. In our faces, under our hats and scarves and mittens and in our boots…Just…snow…everywhere, all the way down. It was like riding a bullet. Faster and faster and faster. (If any of you math and physics fans out there want to leave a rough guesstimate of our speed in the comments, that would be interesting.) When we got to the part where we met the yard there was a bump that sent us airborne and the snow stopped for a split second and then we hit the ground in front of the fifty-five gallon drums that served as burning barrels and coasted into the woods and stopped. I didn’t know whether to laugh or cry. I had never been so excited an exhilarated and scared in my whole life.

“You two dummies! Are you trying to kill these kids‽ What’s the matter with you‽ Are you okay, Herbie‽”

“Yeah, Grandma. That was cool!”

“Well, you’re going to have to come in and take off all your clothes so you can get warmed up and dried out. You’re soaked to the gills!”