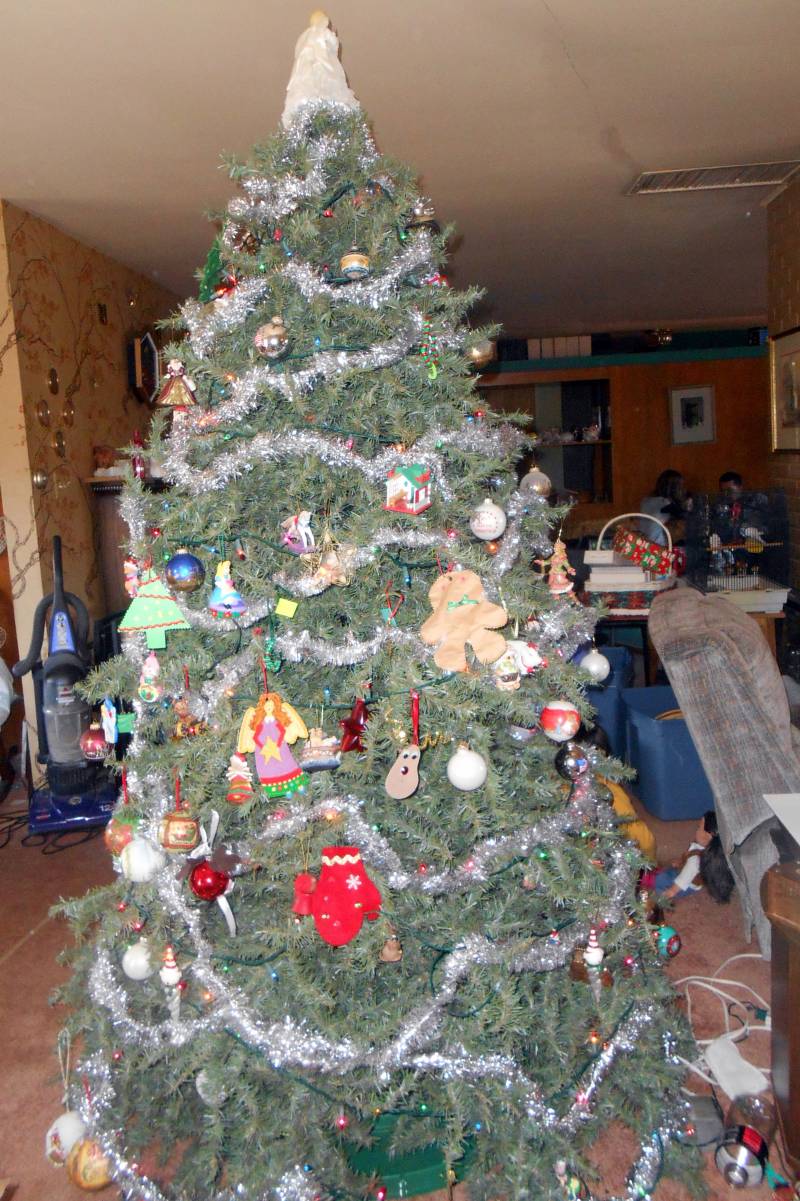 Well, I climbed up into the cold (I want to use the word “depths” here because it feels right but I also can’t because it doesn’t.) heights (see, that doesn’t sound right either, but instead of mincing words I shall carry on with my story) of the attic and I handed down box after box of Christmas decorations to Mrs. Herb. Originally we weren’t going to have any doings at the house because of Mrs. Herb’s and TNT’s weakness of health and Ben and Mrs. Ben were all set to do it before unfortunate circumstances arose. On that front, there is slow improvement and elevated hope. But, the “doings” are back here.

One of Mrs. Herb’s major projects this year is going to be going through and giving everything a good sort. One of our issues has to do with a pre-covid retail phenomenon that used to happen at the craft store she frequented, called Michael’s. When a season was over, say Christmas or Valentine’s Day, they would mark everything 50% off. Then 60%. Then 70%. The unique and fun thing they did after the 80% markdowns were finished is that they would take the leftover merchandise and instead of throwing it away or saving it in a box for the next year, they would put a hodge-podge mish-mash of the items into boxes and call them “Grab Bags” and sell the whole box full for $4.

We have many craft items she is going to be using up or gifting then putting the rest into totes with handles when the time comes to move them back upstairs. We already have next year figured out, though. If we have to do it next year (Lord willing, of course. You should always say, “If the Lord wills and I should live to do this or that…”) we are going to recruit some help. We have a strong son and three strong sons-in-law as well as some teenaged grandchildren. This season we are going to lean on other members of the tribe and friends and family to get it all done and next year even more. We are very excited.

One of my favorite Christmas Novelty songs, by Yorgi Yorgesson, I Yust Go Nuts At Christmas, has a line that says,
“I look at nightgowns for my vife/
the black vuns trimmed in red/
I don’t know her size and so/
She’ll get a carpet sveeper instead…”
Vell, er, well, I did that one year:

What? She asked for one! I did get her other stuff, too, that year.

12 thoughts on “Well, We Got The Boxes Down From The Attic”