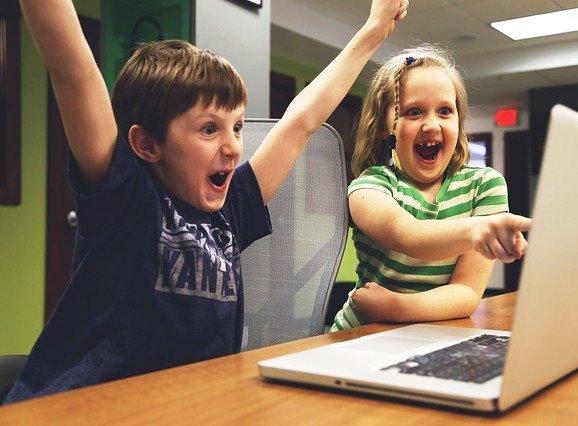 As I was working on the recovery of my wife’s data I learned quite a bit, by which I mean I learned just enough to be dangerous. There is always something new to learn with computers as well as many other things in life. So, while searching for answers I came upon questions. First, I will tell you the simple answer to my particular problem in case your external hard drive errors out. The thing that worked was pretty simple and it may just have been a blessing that it worked at all. I plugged the drive into the USB-3 port directly and not through a hub like I normally do. A hub has many advantages but there is an advantage to “tying up” the main USB port. When I went to reboot to the System Rescue USB stick I had made (tying up both USB-3 ports) the computer recognized that there was a large hard drive with a problem and Windows ran its chkdisk program and it more or less fixed itself.

Happy ending to that story.

In the meantime, however, I had become fascinated with the idea of adding a new system to my computer. Computers have interested me on and off since I was young and had read about them in a comic book or science fiction story somewhere. And then to find out that they were used to put Neil Armstrong on the moon — Oh my!

In 1981 during my first time in the Army, I worked with a computerized weapon system but I didn’t learn much about computers at that time. When I went back into the Army in 1987 I wound up working on what was called a microcomputer system. The “micro” box was about three feet long by two feet across and about eighteen inches high. The operating system was called Unix and our reports were backed up onto five and one-fourth inch floppy disks which were carried by hand to headquarters. Wouldn’t it be great if there was a way to just send the data across the base by a phone line or something? Well, how would they secure it? It was kind of cool and fun to play with the various codes and find out what they did and extract data and create ad hoc reports for my boss so he could have an edge. Putzing was fun.

When I got out of the Army in 1990 I wound up working in the supply warehouse of a big name insurance company using their mainframe system. I kept on wanting to tweak reports for my boss the way I had in the Army and wound up with the IT folks giving me special access to do it. But then something unusual (to me) appeared. A computer that did not need to be hooked up to the mainframe but stood alone. It had a color monitor and used a graphical user interface (commonly known as a GUI, now) with a device attached by a wire that looked like a palm-sized mouse. It had the fancy name of “mouse” and sat beside the keyboard. You could place the cursor anywhere on the screen with it. You could type on it and do spreadsheets and play games on it. Well, Solitaire, but still…

Later in the early 1990s they began distributing these “personal computing systems” with an operating system called OS/2. You could do the personal computer tasks and also open a mainframe terminal as well.

In 1995 we were given personal computers that had an interesting resource program on them called, “Internet Explorer.” This was pretty neat. You could access information fairly quickly. When the company decided it needed to replace these computers they sold off the old ones to employees at ridiculously low prices and I bought one. I became what the IT guys called a “superuser.” Really, I was just a putz and having fun with putzing. I even took a couple of classes about computers including one about MS-DOS. I was already familiar with the term DOS, which merely means Disk Operating System, and knew what those systems were but the MS part was new to me. MS was Microsoft, but there were other systems out there.

One of these systems is called Linux. At the earlier time when I mentioned UNIX there was a man named Linus Torvalds who was taking it apart and making his own system. In the last few weeks, I made my system a dual-boot Windows 10/Linux system.

This is an abbreviated version of what I did. I am not telling you that you should or should not consider trying this, but if you do, don’t rely on what I have included in this post. It’s incomplete and is what I’ve been doing instead of writing in this blog (which I plan to resume directly). Do your own homework before you attempt this. I haven’t included all of the other reading I did and background knowledge, however archaic or arcane. You can take the plunge, just don’t blame me if you miss a step and your computer blows up.

The installation of Linux that I used is called Linux Mint and is considered one of the better ones for beginners and I have already discovered that it is pretty much foolproof (but not completely). It is built on the Ubuntu distro.

I downloaded Mint from their website https://www.linuxmint.com/ and used Rufus again to create a bootable system disk. Actually, you can stop at this step and just see what it’s like. Your settings won’t be saved for next time, however. I wanted to do the whole thing, though.

I created a full backup image of my whole disk and all of the existing partitions before I started. I used Macrium Reflect https://www.macrium.com/reflectfree?mo, created a Windows Rescue disk, and backed up all of my data.

I then used a program called AOEMI https://www.diskpart.com/help/extend-partition-wizard.html to create a space for the additional operating system.

On every step, I read several other sites as well. I really want to stress this part because what you don’t get out of one article becomes clear in another one. There is also the potential that the writer might miss a crucial detail because they just think everybody knows that part or that their target audience should know it already. In fact, this had caused a couple of false starts because when I was doing the installation it asked a couple of things that I had to quit and go back and look up. One of these situations had to do with the boot sector which was supposed to be labeled a certain way but on my computer was labeled differently and I wanted to make sure I had it all correct.

One of the things I like about Linux Mint is that it comes with Firefox browser installed. What this meant to me was that I could synchronize all of my bookmarks and settings between the two systems. Another thing is that I can access all of my Windows-based files and use them over there so I don’t have to painstakingly copy every item.

In between all of that reading I have started re-reading Twenty Thousand Leagues Under the Sea by Jules Verne and Three Men in A Boat by Jerome K. Jerome. And of course, I have been visiting your blogs as well, even though my comments may be briefer than you’re used to from me. But fear not, I will be writing more here in the days to come.