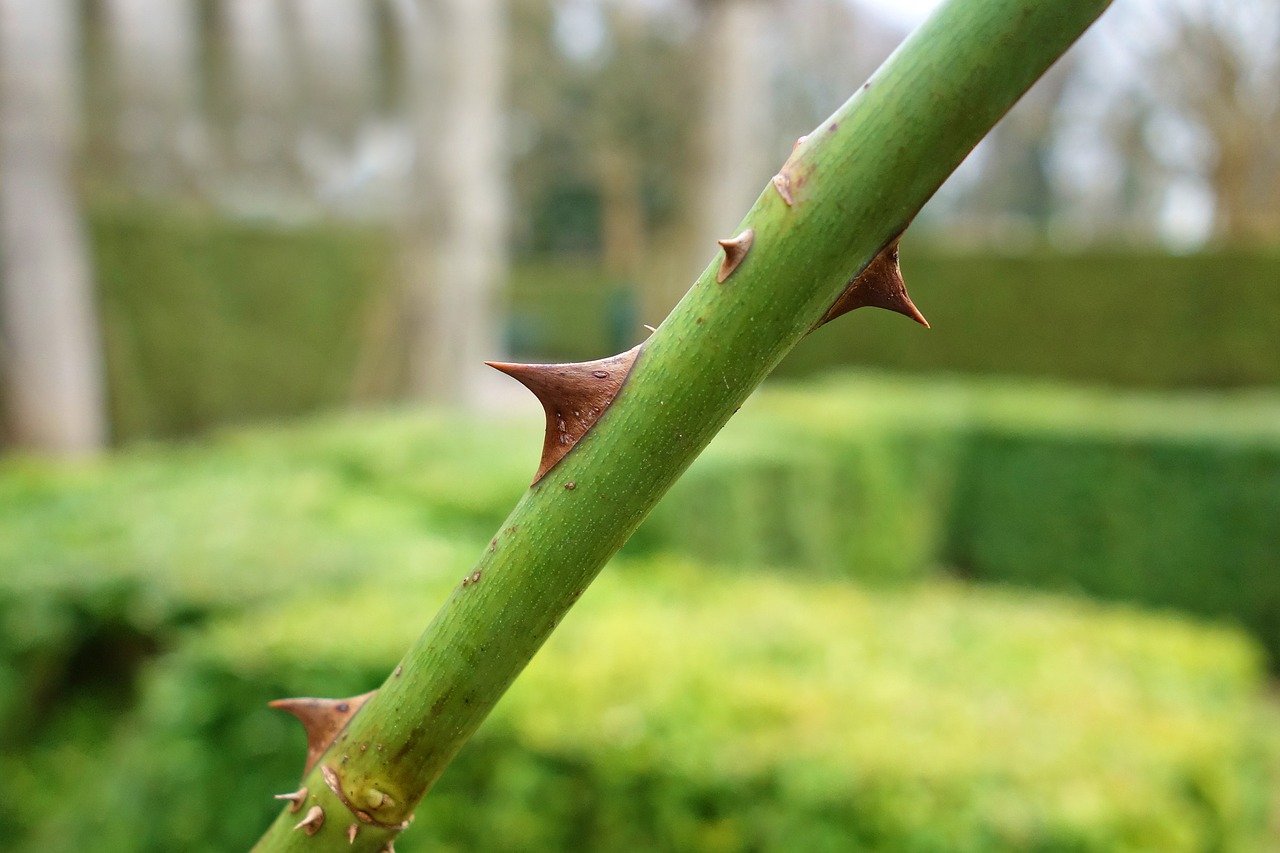 Dearly Beloved Fans, Friends, Fiends, Foundlings and Fortunate (or Un) Creatures who may have stumbled up this blog,

Apologies for not getting here sooner. If I don’t have the commitment to write every day, this is what happens. I have some hopes, if the Lord sees fit, to have some changes to my schedule, which used to be exhausting and awkward to deal with and kind of did preclude daily postings. I am on the short-list for a more consistent schedule which you will hear about here first.

Actually, this week I have been working on a project for our collection of family and friends affectionately known as The Thiel Tribe. We have needed a forum just for family stuff and I have been working on creating a portal and a forum so it isn’t like I have been completely slacking. I have also been plotting a story in my head that is quite different from things I have done before and hope to make headway on that writing project. I haven’t forgotten about doing a memoir, either. I’ve pretty firmly decided that it will be, at least a goodly portion, about my conversion and how I know there is a God. I am still considering recording Sunday School stories for a podcast but I don’t feel right about trying to make money off of it.

It’s always interesting to me which posts are randomly sent to people whose stuff I have liked and this post I am re-presenting here was kind of timely. Many of you may know that for years and years my wife suffered from a severe allergy to roses. They would give her an asthma attack that required treatment from a nebulizer or she would wind up in the Emergency Room. She had such an attack one time in a medical office she worked at and keeled right over. She was told, as is often the wont of medical practitioners faced with something they don’t understand and have no knowledge of or experience with, that it was impossible and that she must have some psychological trigger, but that was simply not true. I personally witnessed times where she had a reaction and there was no way we could possibly have known there was a rose in a place. Thankfully God miraculously and instantaneously healed her of that a couple of years ago and we can walk in a store on Valentine’s Day or Mother’s Day and not have to fear anymore. The following post was originally posted on this blog under the title A Flowery Fiendish Conspiracy, on February 20, 2017, too late to save the day then but hopefully I can help someone today. I’ve reposted it pretty much untouched but I have made a few minor corrections. I still believe that roses are a trick of the devil.

I have written about many things on this blog in times past; politics, religion, personal, emotional, and spiritual matters, and a lot more.  But I have discovered a conspiracy that is profoundly evil and insidious and yet most people do not even realize they are participants in it.  Some times of the year it is more prevalent than others, but it is always around and has been, historically, at least since Roman times (not to be confused with Times New Roman).  It is, I suppose, Mankind’s fallen human nature that would take an item that was part of a curse and make it seem wonderful and beautiful but I have seen through that veil and have come to the conclusion that:

Roses are of the devil.  Think about it.  Part of the biblical curse says, “cursed is the ground for thy sake…Thorns also and thistles shall it bring forth to thee…” So when the serpent was cursed to crawl on his belly like a reptile he decided to continue twisting the minds of men and women as he had already begun.

“Boy, do I ever hate the humans.  I have to try to do everything I can to make them harm themselves in some way or the other and get separated as far from God as possible.  I have to think up some mean and dirty tricks to play on them, too.  I know what I will do,” the evil one said, laughing gleefully at his own joke (which ought to prove something right there because we all know how bad it is to laugh at your own joke), “I will trick them into thinking one of these thorny weeds that have cursed the ground is actually beautiful.  I will just pick one and concentrate on it.”

And so Adam thought one day of a plan.  He didn’t know what made him think of it, it came into his mind seemingly out of nowhere.  A boyish prank, really(remember he was created as a full-grown man, but he was still just a guy), but it would be funny.  He had seen that one of the weeds that had sprung up was a thorn bush that was covered in flowers that gave off a pungent odor when you got near.  He figured it smelled like that to attract skunks to live in it, but he wasn’t sure.  God had shown them how to cover their bodies with the skins of animals and he would make a covering for his hands and gather some of them and give them to Eve.  He laughed out loud, a thing he rarely did anymore.  He would find her sitting on a rock somewhere and hand her the flowers and she would be all excited and take them from him and get stuck with the thorns and jump up and scream.  She would probably pummel him afterward, but the look on her face as she rose up would be worth it.  That’s it.  He would call the flower a “rose” because of it.

In the meantime, as she sat thinking, an idea popped into her head out of nowhere (She should have recognized that voice in her head but had not seen the serpent lying low in the grass).  She could almost see Adam handing her some of those stinking weeds with the thorns from down the way, thinking it would be funny.  In fact, hadn’t she seen him over there earlier doing something?  What could she do?  She decided to play it straight.  She took a piece of animal skin and sat it next to her and found a nice piece of pottery and sat that near her as well.  Then she waited, wondering if she would be able to keep a straight face as she withstood the smell.

“Oh Eve, I have something for you.”

As he gingerly handed her the bunch of flowers she grabbed up the animal skin and wrapped it around the thorny stems.

“They are so beautiful!”  She held them close to her face and sniffed deeply, trying to show delight, rather than revulsion at the stench.  “And that smell!  Have you ever smelled anything like that?” She shoved the bunch in his face.

“Go put some water in the bottom of this jar.  We’ll stick the stems in the water so they’ll last longer and put the jar right in the middle of the cave (or hut or house or whatever it was) so the whole place will smell like this for a week!  You are so kind to me!”  And she planted a big old smooch on him.

And so, because neither of them could swallow their pride and admit their real feelings, it became a tradition, which, of course, the kids picked up on because whatever you do a little bit of, your children will do ten times as much.  And all the while the devil was laughing with glee because he had pulled off his little trick.

“But,” I snappily retort, “Rose of Sharon plant does not have thorns!”

How do I know they are weeds?  Because they are impossible to kill.  When we moved in here almost thirteen years ago there were several rose bushes here, some had been moved here from the previous occupant’s old hometown.  Now, some of you know how fiercely allergic to roses my wife is (Not that that has anything to do with my opinion on this matter), attacking her asthma so strongly that she needs immediate help from a nebulizer or she will wind up in the ER, so naturally my job was to eradicate the vile plants.  I dug up two and gave them to a nice lady in the church and dug up another one and finally killed it after two years.  But there is one remaining that I have dug up and chopped the root with an ax and done everything in my power to kill, and sometimes it will disappear for a year or two but then, what is that green plant by the fence, with the red flower?  None other but that weed I have been trying to destroy.

And so, young lovers, wherever you are and whatever age you be, help stop this trick of the devil.  Pick some pretty wildflowers from along the roadside, or give some daisies or carnations or lilacs or lilies or chrysanthemums (spelled that myself, no spellchecker)  or orchids or even (perhaps especially?) dandelions, but let the roses rot on the shelves.

Remember, the principle is the same as the conversation in the comic strip Sam and Silo (11/8/17 I couldn’t find a convenient way to link it, sorry) between the nun and the mayor, which went,
Sister Agnes: “Mayor, you’re a smart man…Why do you continue to smoke?”
Mayor: “If God didn’t want us to smoke, He wouldn’t have given us cigars.”
Sister Agnes: “He gave us leaves. He didn’t think you’d set fire to them and stick them in your mouth.”