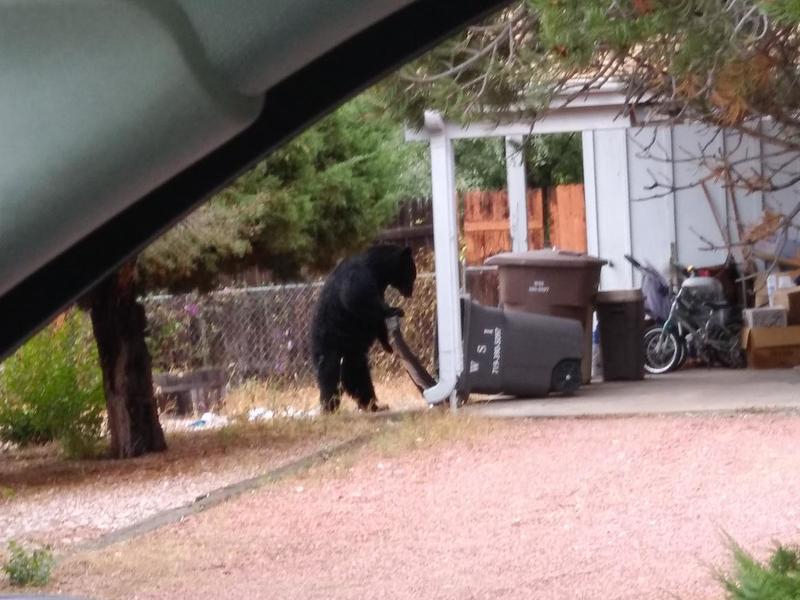 Well, the guy came and ran his scope down the pipe and there were the mud and sand. The pipe is collapsed. We’re built on a solid slab with no crawl space. What this means is that to access the pipe they will have to jackhammer up a two-foot by five-foot area of the floor, take out a wall, and probably remove a cabinet in the kitchen that is on the other side of the wall, just to get at it. Lots of money. As nice of a guy as he is, however, I am going to get a couple of other estimates and ideas before I go with it. I know the technology exists to replace pipes without doing that but I think the pipe has to be somewhat complete. The ingenious Mrs. herb has found a workable temporary way to deal with it for now which buys us time to shop around. I’m going to call the insurance guy as well, but I’m not confident that this should be covered. Can’t hurt to ask, however.

On other fronts, I was visiting a blog that I have only visited once or twice before. The guy was describing an ongoing problem they have been having with foxes on the property. One of the problems is that people feed them because they think they’re cute. This creates a dependency on humans and takes away the natural fear that wild animals should have. Readers that have been around any length of time know that I think that it is really bad for wild critters to eat people food (or people) and shelled out good cash money to buy bear-proof trash cans. To find out about my bears you can just search the word “bear” in the blog search bar and you can read some posts about it. Anyway, I have only visited this blog once or twice before and had not ever commented before but I left the comment, “Humans feeding wild animals is always a bad idea.” Which the blog author responded to me with the word “exactly.” Then someone else responded to me with the comment, in part, “…We’ve taken up a lot of their habitat and actually whithout feeding some wildlife, many wouldn’t survive. That’s just a fact…”

Um, no. It’s not. But I was on someone else’s blog I had not been on previously and did not want to get in what I imagine could have become a protracted argument and I didn’t want to do that. So I (figuratively) came home to remind you, gentle readers, that it is NEVER a good idea to feed wild animals. Seriously, wild animals are supposed to shy away from humans whether it’s bears or foxes or whatever it is. This neighborhood used to have foxes but I haven’t seen any around here in a long while. They were a nuisance to most homeowners. When critters get used to getting handouts from people, and this is not even taking into account that human food and trash can be very harmful to animals, they become emboldened and there are many documented cases (this means facts) of humans being attacked by wild animals because they would not give them food. Then the animal, through no fault of its own, must be put down. Bears often get one chance by being relocated to a wilderness area if they seem to have enough natural instinct yet. There are many good reasons it’s against the law to feed them. Well, it is here, anyway. I expect that it is the same in the UK where I think the original blogger is located.