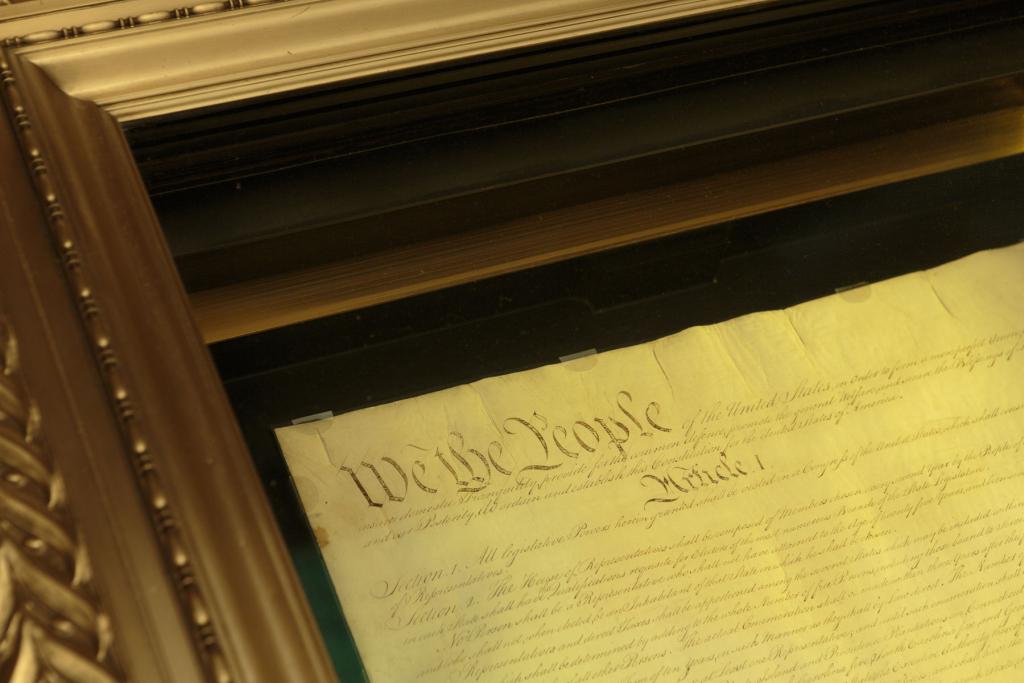 “We the People of the United States, in Order to form a more perfect Union, establish Justice, insure domestic Tranquility, provide for the common defence, promote the general Welfare, and secure the Blessings of Liberty to ourselves and our Posterity, do ordain and establish this Constitution for the United States of America.”

Preamble to the Constitution of the United States Of America

If you are a citizen of the United States did you have to memorize that when you went to school?

When I worked at big-name Insurance company, one of the first classes they put everyone through, even if you were “only” a mail-clerk, was called “Basic Insurance Course.”  One of the interesting things about insurance policies is the copious number of amendments that are added to very old policies.  I asked about this.  Wouldn’t it be better to just re-write the policy to add or take away whatever you wanted to change or even write a new one for each specific thing rather than add an addendum or amendment or a rider?  No, and with good reason.  This or that basic insurance policy is a contract and as such has been in and out of court innumerable times.  Over the years the courts have listened to arguments and by judgments over time defined every word and phrase in these contracts and have come to have clear definitions.  By having these predefined terms and phrases, you make it easier for everyone involved by saying, “Nope, the court has already defined this or that and we can say such and thus without even going to court.”  This is better than having to go back and redefine every term, “Oh, when we re-wrote that part, we meant this.”  No, you take the original phrase or term and write an additional piece that says, “In paragraph Q, sub-paragraph d, the term ‘vermin’ is meant as defined in State statute WXYZ as to mean, this, that and the other, but does not include whatever, which is covered under this contract of insurance blah-blah-blah.”  Take your insurance policy out and look at it.  Do you even know what’s covered and what’s not?  My point is that to add or take away something from the contract you change it separately.  There are Maritime policies that are hundreds of years old and have only been amended, never re-written.

Simply stated, the U.S. Constitution; the bedrock foundation of our system of rule by law; is not a “living and fluid document.”  It is a legally binding contract with every citizen.  The terms in it have been discussed over and over and the meanings of words and phrases have been decided by the courts, often going to the high court of our land, the Supreme Court.  If you are not familiar with or have never read this amazing document I suggest you give it a try.  Oh, sure it is dry, but it affects you even more than your homeowner’s or auto insurance policies do.  I highly recommend this link to the National Archives website for reading it.  It has links in the text that lead directly to the amendments that have changed that section.  It really is pretty cool.

If we the people of the United States wish to change it, there are a couple of ways that you can do that, which are outlined in the document itself, but, one thing I think is significant is that whether it is done by the people or the congress, it requires a 2/3 vote or what is sometimes called a supermajority.  This means that well over ½ of the people or their elected representatives must agree that it is important enough to change and what we are doing is amending it, leaving the original document intact.  Then, if this change is challenged in a court of law, the validity of the change might be determined by the Supreme Court.  Nine judges vote amongst themselves whether the change was done properly or not.  Now this must be judged by the Constitution and never, as has been done in certain recent times, by any other nation’s laws or what popular or world opinion say.  We are a sovereign nation and a super-power to boot.  We decide our own way and course of action.

So, go read the Constitution and your insurance policies and visit The Supreme Court, The Senate, The House of Representatives and The White House.

In a side note, while I know that occasionally a scientist or two stops by, as have teachers and librarians, I don’t know if there are any “legal beagles” out there.  If there are, I apologize for oversimplifying the whole process but you understand this was not a civics lesson, merely a reminder.

Remember, the good book says, “Alcohol, Tobacco & Firearms should be a convenience store, not a government agency.”

12 thoughts on “Curmudgeonly Monday – The Constitution As Insurance – Repost”