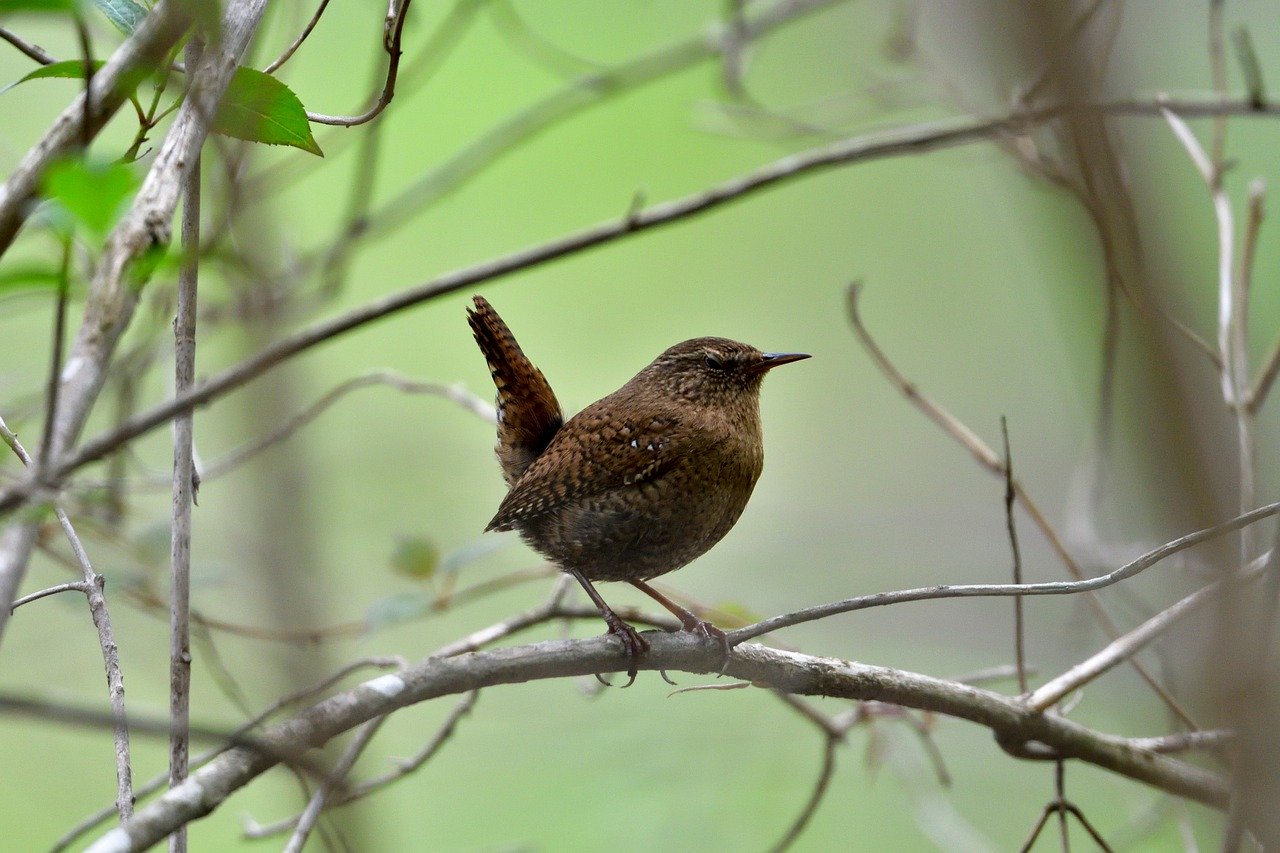 I read Colin McQueen’s post today about the distractions he faces while writing, called, The Way It Is. His diversions resonated with me because I find myself easily distracted, as well. It depends on what time of the day it is. Early morning or late at night it is easier to write. My computer and desk sit against the wall in the living room. The spot is good because it makes anyone using the computer have to be accountable for what’s on the screen plus it is close to the workspace my wife uses for her crafts and Ancestry research so we can talk. We like each other and can talk for long periods of unproductive time. Which can be a distraction.

This little birdhouse has hung on this post for years and years. The door, where the square opening is, is actually spring-loaded and was never opened. Until, one day, this tiny little bird called a common house wren flew up to it with a stick in its mouth. You can see there is no perch or any place for it to hang on to but that didn’t stop it. It flew up to the spring-loaded door with stick in beak and banged the door open enough to be able to sit on the little stoop and drop the stick in. After a couple of tries, it got the door propped open with a stick. The door stayed stuck open and work began immediately.

The two little birds began cleaning house and took everything out that was in it before. This was a surprise because we had never seen it used before and just thought it was a pretty little decoration. But there was a pile of debris outside when then they were done. Then they built a nest inside. They are noisy little chatterboxes that sing and whistle to each other all day long. Then, when the time came, we could hear the babies. One of the birds sits on the tree branch outside the house while the other one brings back bugs for the babies. They sing very loud for such a little bird and it seems like they sing to let the babies and the other adult in the nest know they are coming. They sing when they want something. They just sing a lot.

And I learned something about these little birds today, though. I made a mistake and hung this bird-feeder nearby to their house.

I figured that it would attract different types of birds because the wrens eat bugs. What I didn’t plan on was the aggressiveness of a tiny little songbird. A poor sparrow happened to be on the feeder and the wren thought it was too close to their house and started singing this long, loud song. He then flew toward him, still singing. The sparrow didn’t seem to mind much so the next time the wren flew at it full speed and hit the sparrow in the side and knocked it off the feeder and kept chasing it. I have since moved the feeder.

I started out talking about how my mind wanders and I get distracted easily but forgot where I was.

10 thoughts on “Distract…What Was That?”