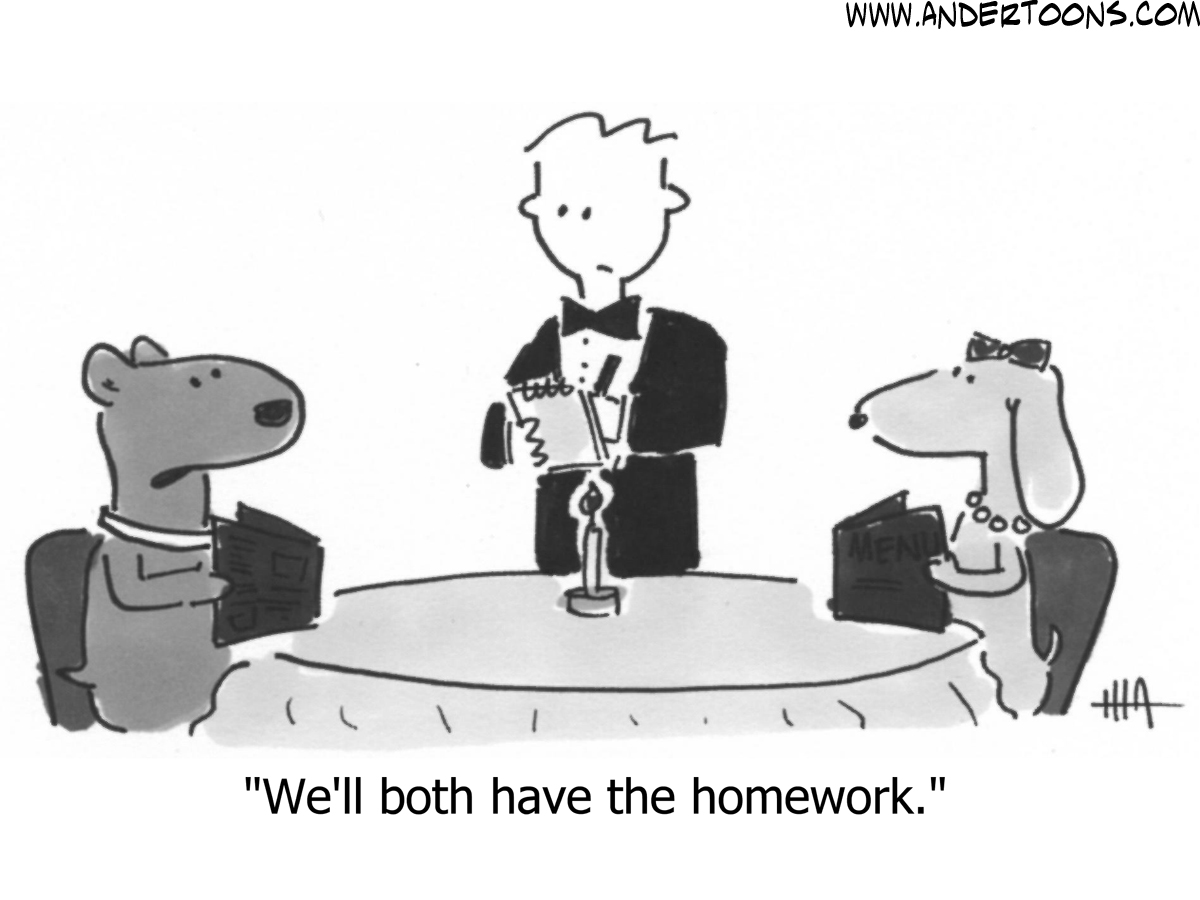 I have a hard time at some of those hoity-toity joints, too.

A traveller became lost in the desert region of Algeria.

Realizing his only chance for survival was to find civilization, he began walking. Time passed, and he became thirsty. More time passed, and he began feeling faint. Reduced to crawling, he was on the verge of passing out when he spied a tent about 500 meters in front of him. Barely conscious, he reached the tent and called out, “Water…”

A Bedouin appeared in the tent door and replied sympathetically, “I am sorry, sir, but I have no water. However, would you like to buy a tie?”

With this, he brandished a collection of exquisite silken neckwear.

“Well, sir,” replied the Bedouin, “If you really need water, there is a tent about 2 kilometres south of here where you can get some.”

Without knowing how, the man summoned sufficient strength to drag his parched body the distance to the second tent. With his last ounce of strength he tugged at the door of the tent and collapsed.

Another Bedouin, dressed in a costly tuxedo, appeared at the door and inquired, “May I help you sir?”

“Water…” was the feeble reply.