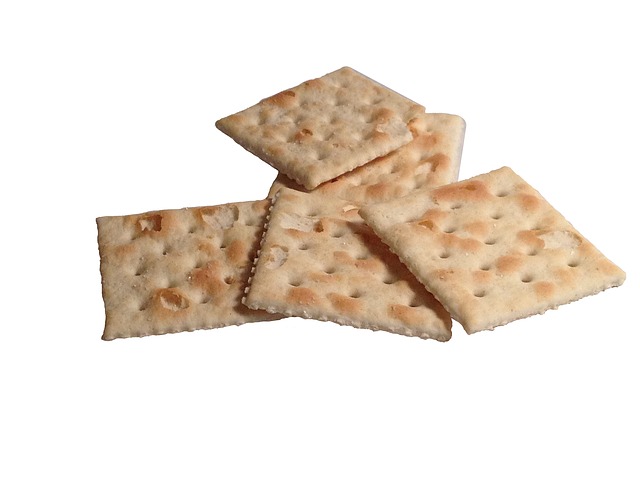 What? Oh. That’s not what you think. B. O. means Born Organized and is something I have never been able to lay claim to. There is a peculiar dichotomy in my personality which I have given up trying to reconcile. I have given up on trying to excuse it or explain it. The dichotomy is that I am both O.C.D. and a slob at the same time. My family and friends have diagnosed me over time as both. The sentiment running along the lines of, “How is it that your crackers have to be arranged perfectly and untouched until the specified time and you go nuts if someone moves one, you are constantly straightening pictures, even at the doctor’s office and the D.M.V. of all places, but your desk is an overflowing heap?” Well, those things may be true, but it is my overflowing heap and I know where everything is. Usually. -Ish.

As I told you in a previous post about how to eat saltines, butter, and cheese, which, by the way, are each divisible by four, Two Saltine Recipes or Cheese Is Divisible By Four, there are certain symmetrical arrangements you can do with them. One time when I had made a beautiful plate of sixteen crackers, butter, and cheese (I am a crackers, butter, and cheese artisan and can do extraordinary things like that) someone took one from the middle and left a gaping hole. I was so upset by it that I started to hyperventilate and I considered throwing out the whole batch and doing it over, but, common sense did prevail and I couldn’t see wasting all of that over a neurosis so I sucked it up and drove on in the spirit of forgiveness, but that batch didn’t really taste right.

Yes, I do fret and complain, especially in public places, that they can’t be bothered to straighten a simple picture. At the doctor’s office and other places I will straighten their pictures. In fact, at the D.M.V., when I was forced to have to look at this picture that was out-of-whack (hope that’s not too technical of a term) it fretted me so much that my wife, who loves me more than I deserve, went to the clerk and asked them to please fix it for me so I wouldn’t hyperventilate. After they fixed it I was content to wait all day.

I shared my little touch of mental illness with you (there are many people who have much worse problems) to contrast it with my desk and the surrounding disaster area. As I said, I know where everything is. -ish.

Well, the same thing that happens to my desktop in real life also happens to my computer. When I got the new computer I had big plans to keep everything off the desktop and in neat folders in storage drives and make the organization perfect…not so much. I have icons everywhere and sometimes I will start working on an older file that I found in the archives by serendipity and if I don’t copy it to somewhere I can currently find it, I have to go searching.

But I have found the files now and will begin re-posting them exactly as they appeared. The only other issue is that I won’t be able to produce or reproduce all of the pictures, but I hope that won’t reduce your pleasure in reading some of the oldies.